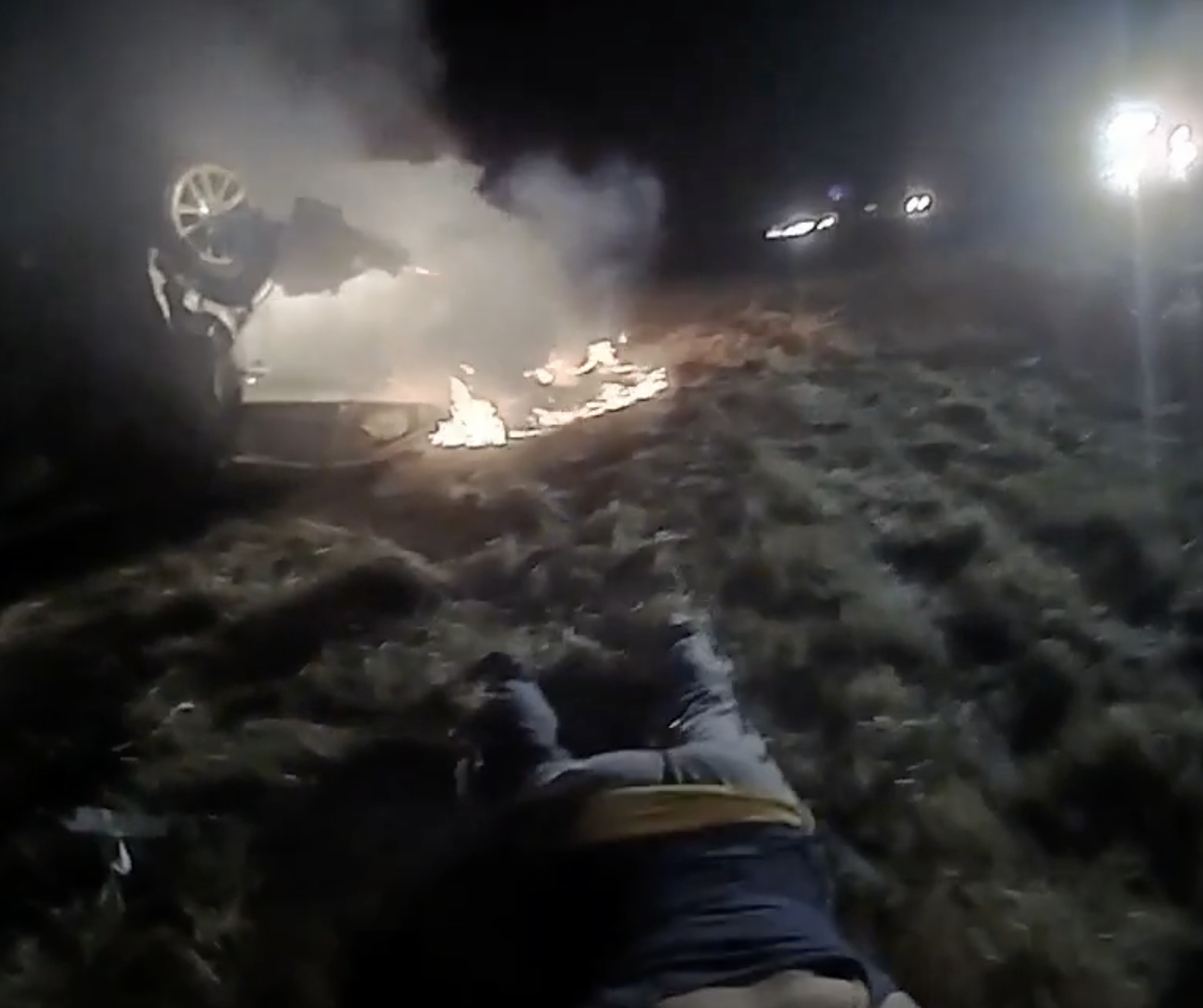 The Davis Police Department on Tuesday evening released video of one of its officers pulling a driver trapped inside her overturned burning vehicle moments before flames engulfed the car.

The rescue from the fiery crash occurred Saturday night along Interstate 80 near Kidwell Road, a few miles west of Davis.

About 10:30 p.m., Davis police officers were called to the area along the eastbound lanes of I-80 for a report of a vehicle on fire. Davis police Cpl. Pheng Ly arrived found that the vehicle overturned, according to the Davis Police Department.

In the video, Ly is heard asking “Is anybody in there?” as he ran from his patrol vehicle. What appears to be a passerby then told Ly that there is someone in the wrecked vehicle.

Ly pulled the woman out of the vehicle as the flames grew, grabbing her wrists and dragging her to a safe area, the video shows. Minutes later, the vehicle was completely engulfed in flames, according to Davis police.

The woman was taken by ambulance to a local hospital for treatment. Officers from the California Highway Patrol’s Solano Area Office arrived and took over the crash investigation. Davis police said the woman driving the vehicle was later arrested on suspicion of driving under the influence.

There was no further information available Tuesday night.