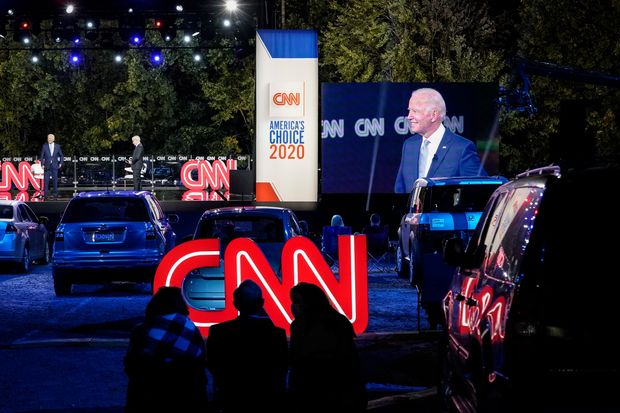 Now that is changing, leaving Mr. Zucker frustrated and his future at the cable news network in doubt.

Mr. Zucker, who has overseen CNN for seven years, felt blindsided by a recent restructuring carried out by parent WarnerMedia, and has had friction with its chief executive, Jason Kilar, according to people familiar with the situation.

The 55-year-old’s contract expires next year and he hasn’t committed to extending his deal in meetings with WarnerMedia brass and communications with CNN employees, the people say.

Asked about his future in a town hall video chat on Wednesday, Mr. Zucker said he loves his job, but added, “The industry is changing, our company is changing, so I have a lot to think about,” according to a recording of his remarks. He added, “I’ll do that at the right time.”

Mr. Zucker said he won’t make a decision on whether to stay at CNN until after the election.

If this election is Mr. Zucker’s last ride, he would leave CNN after transforming its role in the cable news landscape and becoming one of the most polarizing figures in media in the process. On his watch, the network, once accused of giving Donald Trump too much airtime during his first presidential run, has become a critic of the administration.

CNN, like its rivals in cable news, has enjoyed a major ratings lift during the controversies of the Trump years, especially in election season. The network’s ratings have increased about threefold compared with where they were at the start of 2015, reflecting similar gains at Fox News and MSNBC. CNN has been second in the ratings for most of the year among viewers 25 to 54, the key news demographic for advertisers, but trails rival MSNBC in total viewers and is well behind ratings leader Fox News.

Mr. Zucker also placed big bets on digital growth, some of which blossomed—the network’s main website expanded its audience—and some that fell flat.

AT&T doesn’t break out CNN’s results separately. A person familiar with the matter said the division has generated more than $1 billion in annual profit in recent years. This year is proving more challenging. During the town hall meeting, Mr. Zucker said he expects CNN to miss its profit target by between $100 million and $120 million, as digital and international advertising sales suffer during the pandemic.

Some media and finance executives say CNN could be a spinoff target for private-equity investors or blank-check companies known as SPACs. AT&T has fielded interest from potential acquirers of CNN on multiple occasions, including last year, according to people familiar with the situation. But despite the headaches of owning a network the president regularly attacks, AT&T has thus far held on to it, viewing it as a valuable financial contributor.

Though Mr. Zucker’s contract doesn’t end until well into 2021, he could leave before then; initial conversations about whether he’ll extend his employment have happened and are expected to deepen after the election, the people familiar with the situation said.

The Information, a subscription news site focused on technology and media, earlier reported Mr. Zucker was in discussions with the company about his future. Mr. Zucker could be drawn to pursue his other passions, which include politics and sports, people who know him say. A person close to Mr. Zucker said he may just be ready to move on following the election, after a long tenure at the network.

The media giant’s successive waves of corporate reorganization over the past two years have replaced executives at all levels from its Warner Bros. television studios to the leadership at HBO. Mr. Zucker had been the last man standing, maintaining control of his news and sports fiefdom.

When Mr. Kilar succeeded John Stankey atop WarnerMedia earlier this year, he carried out another overhaul in August that took away from Mr. Zucker oversight of CNN’s finances and human resources, as well as communications—an area run by one of Mr. Zucker’s top lieutenants, Allison Gollust. The changes annoyed and surprised Mr. Zucker, the people familiar with the situation said.

Mr. Zucker has had his hand in just about every area of media—morning TV, prime-time entertainment, sports and cable news—over a three-decade-plus career. He joined NBC News in 1986 as a researcher for the network’s coverage of the 1988 Olympic Games in Seoul, South Korea, and rose through the ranks, becoming executive producer of “Today” in 1991 at the age of 26. He helped to launch the program into more than a decade of ratings dominance.

He helped launch the streaming service Hulu, which Mr. Kilar ran in its early years—meaning that Mr. Zucker now reports to someone who used to work for him. His run at NBCUniversal was marred by his decision to replace “Tonight Show” host Jay Leno with Conan O’Brien, only to soon reverse the move after bad ratings. He left NBCUniversal as its chief executive after Comcast Corp. took control of the company in 2011.

Mr. Zucker took over at CNN in 2013 and was promoted to oversee WarnerMedia’s sports properties last year. When Mr. Stankey was tapped this spring to become AT&T CEO, opening up the WarnerMedia CEO slot, the company considered Mr. Zucker for the role, among other internal candidates, early in the process, people familiar with the situation said.

AT&T wanted someone with a background in digital innovation who could spearhead the company’s push into direct-to-consumer media, and felt Mr. Zucker’s experience didn’t make him the best fit, the people said. Eventually AT&T decided to look outside and hire Mr. Kilar.

In addition to reorganizing Mr. Zucker’s executive team, Mr. Kilar has his own vision for how to expand CNN’s business, including the possibility of creating a subscription streaming service that would carry CNN programming, people familiar with Mr. Kilar’s thinking said. CNN has explored selling new subscription products directly to viewers under Mr. Zucker, but so far those plans haven’t come to fruition.

AT&T hasn’t yet decided how CNN’s 24/7 news programming fits into HBO Max, the streaming service that is Mr. Kilar’s primary focus at WarnerMedia. Mr. Kilar wants to give HBO Max subscribers some version of CNN, according to a person familiar with the matter, but the news network’s existing contracts with cable and satellite providers make that a tricky proposition. 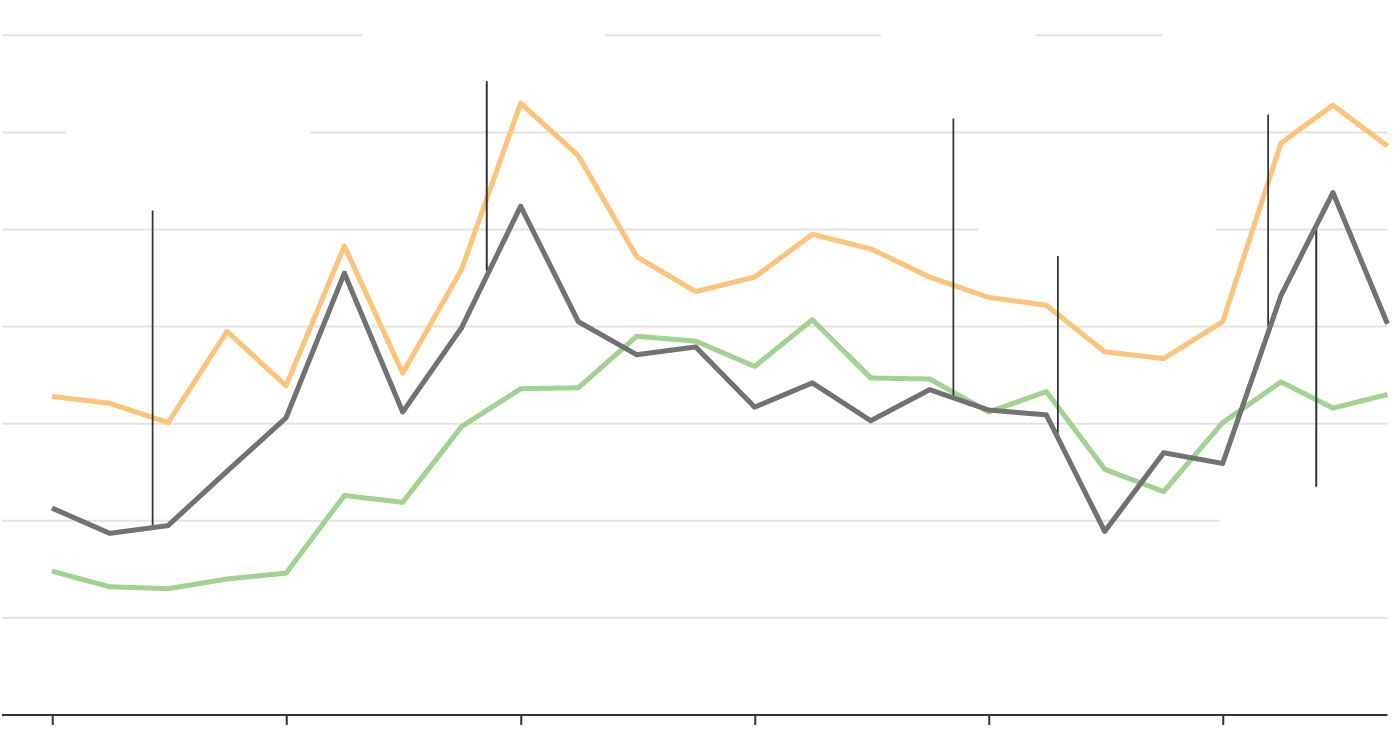 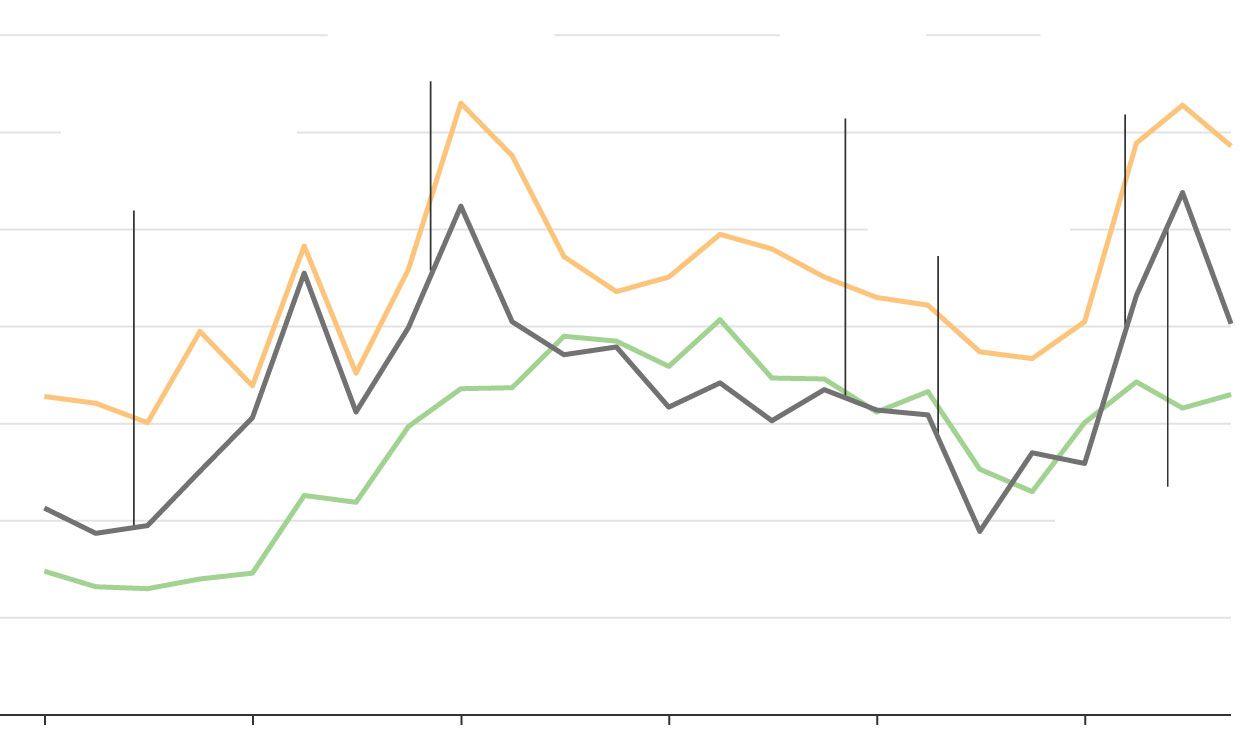 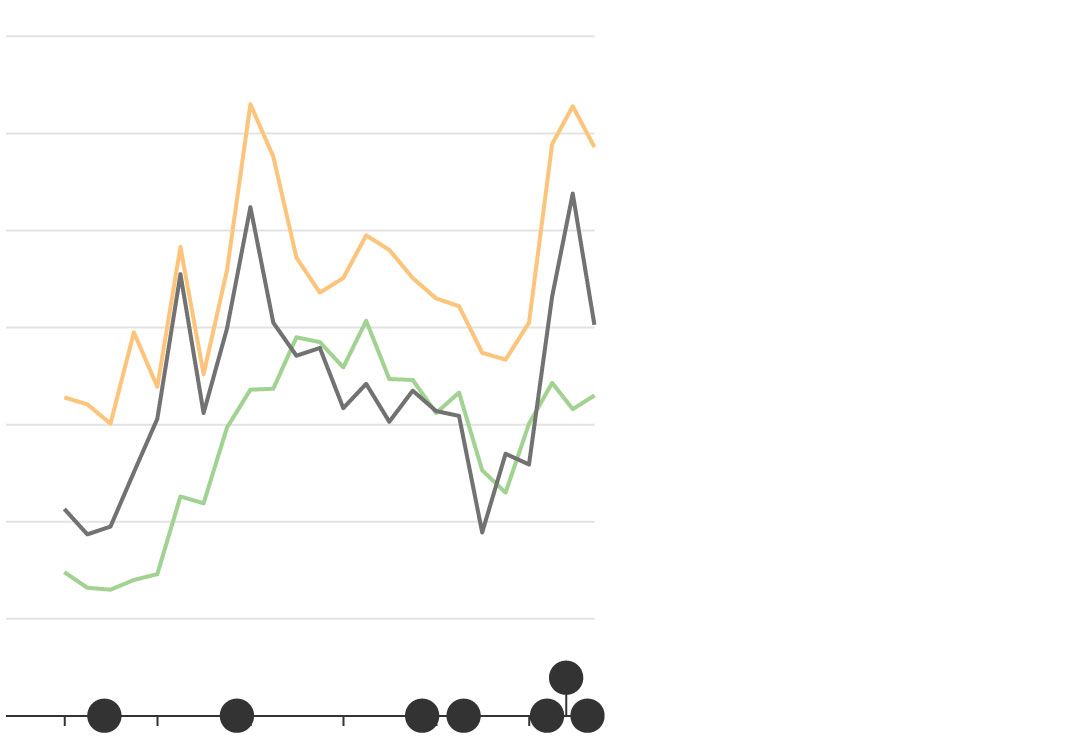 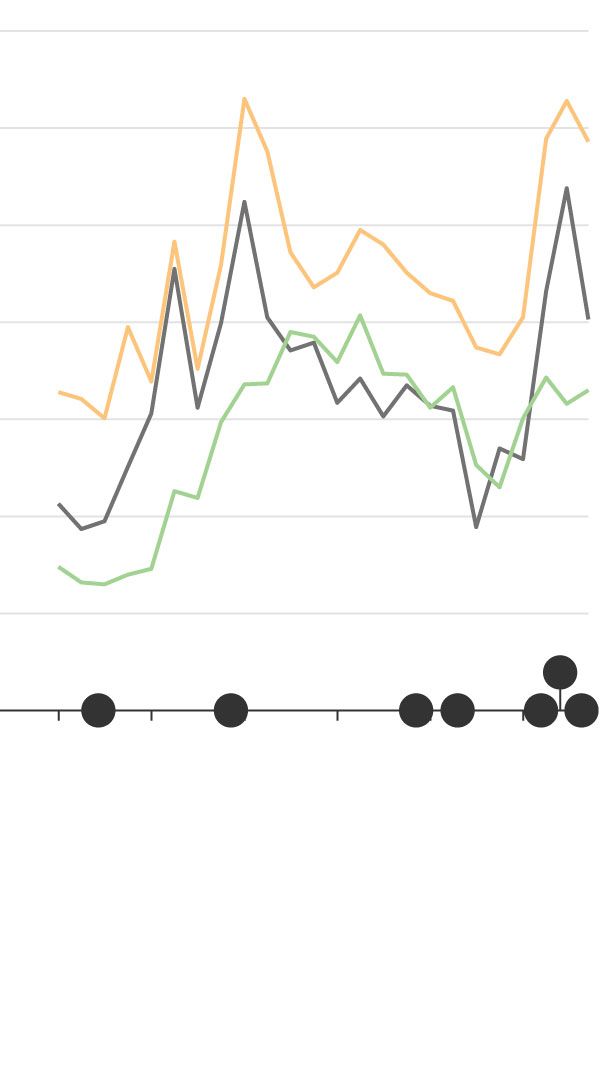 Mr. Zucker has taken heat from both sides of the political aisle. Critics on the right say he has steered the network toward opinion. Some CNN personalities, including prime-time anchor Don Lemon, are openly critical of the president, and the network has increasingly questioned the president’s policies, handling of the coronavirus pandemic and false claims—sometimes putting fact-checking into the “chyron” banners at the bottom of the screen.

Critics on the left are frustrated he has signed up political analysts such as former Republican senator Rick Santorum who are often sympathetic to Mr. Trump.

Some critics on the right, including Fox News host Tucker Carlson, say Mr. Zucker’s attitude toward the president is hypocritical. Earlier this year, Fox News aired recordings of conversations from 2016 between Mr. Zucker and Mr. Trump’s former lawyer, Michael Cohen, in which Mr. Zucker could be heard fawning over the then-candidate and proposing a weekly show for Mr. Trump.

The intrigue about Mr. Zucker’s future comes as CNN is preparing to cover its biggest story in years—the 2020 election. Mr. Zucker, the de facto executive producer of CNN, is planning for a variety of scenarios, including a so-called “red mirage”—an early Republican lead caused by people voting on the day that disappears once mail-in votes are tallied. The network is scattering on-air talent across one-person studios in its offices in Washington, D.C., Atlanta and New York, to limit the risk of spreading coronavirus.

Mr. Zucker is known throughout CNN as an in-the-weeds manager who delves into the minutiae of story selection, hangs around the studio, tweaks production details and scrutinizes company finances. He sends emails on weekends and late into the evenings, recommending edits and suggesting stories for CNN.com. Editors and producers on the receiving end of Mr. Zucker’s emails call the suggested articles “JZ stories,” using their boss’s preferred nickname.

Some CNN reporters and editors complain that Mr. Zucker is a micromanager, annoyed that a business executive would inject himself into news coverage. Others describe him as an intimidating presence who doesn’t work well with indecisive people and prefers leaders with strong opinions. Some CNN employees grudgingly acknowledge that although Mr. Zucker’s late-night emails can be onerous, they are rarely off-target.

AT&T is trying to trim a large debt load fueled by takeovers such as its 2018 acquisition of then-CNN parent Time Warner. The company has about $30 billion of debt that comes due through 2025. Mr. Stankey has said he is looking across AT&T’s operations, including WarnerMedia, and will shed assets that aren’t considered core to the company’s mission.

He is already preparing part of its Xandr advertising business for potential sale and has shopped other assets including its Crunchyroll animation service, according to people familiar with the matter.

AT&T has held on to CNN for more than just its profit stream. Executives suspected that President Trump’s well-known feud with CNN influenced his Justice Department’s decision to challenge the Time Warner takeover, people familiar with the matter say. AT&T eventually beat that antitrust lawsuit, but the litigation cost it valuable time and money. The Justice Department has denied that political motives played any role in the suit.

What would CNN look like in a post-Zucker world? Join the conversation below.

The company’s top brass considered holding on to the hard-won prize a competitive necessity, the people said: The fear among AT&T executives was that any perception the company had folded under political pressure would weaken its hand in other policy battles and could scare away creative talent at other parts of WarnerMedia.

AT&T’s latest results drove home how much its telecom services dwarf the rest of its media empire, including the cable news channel. Revenue in the wireless division alone reached $17.9 billion last quarter, putting the cellphone carrier on track to take in more than $71 billion this year.

Mr. Zucker’s replacement would need the programming acumen and gravitas to manage the network’s high-profile anchors, which include Jake Tapper and Chris Cuomo, and the financial experience to lead a large media company.

Mr. Zucker is aware of the increased scrutiny CNN faces as the election looms, one of the people said.

During CNN’s morning editorial call earlier this week, Mr. Zucker told employees that the network needs to play “error-free ball” over the next few weeks.

—Shalini Ramachandran contributed to this article.

Write to Benjamin Mullin at Benjamin.Mullin@wsj.com, Joe Flint at joe.flint@wsj.com and Drew FitzGerald at andrew.fitzgerald@wsj.com