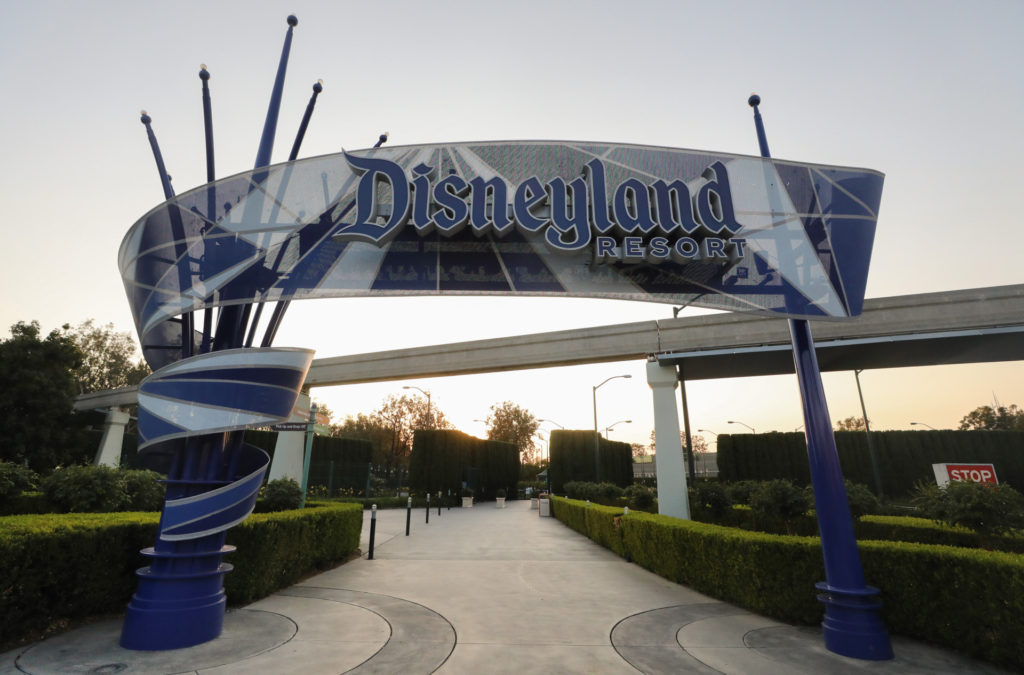 Disneyland President Ken Potrock and other theme park executives have blasted California Governor Gavin Newsom (D) over his strict rules on reopening in the state.

“We believe that we’ve proven that we can responsibly reopen. We continue to prove all over the world that we have reliable protocols that protect the safety of our guests,” said Potrock, according to a report by Variety.

The Disneyland president appeared at a news conference on Wednesday — one day after California set tough guidelines for reopening Disneyland and other large theme parks in the coming months.

The report added California’s director of health and human services Mark Ghaly announced on Tuesday large California theme parks are only allowed to open at 25 percent capacity when their counties reach the lowest tier, which means daily new cases need to be under one per 100,000, and positive tests of the Chinese coronavirus have to be under two percent.

A Disneyland sign is posted at an empty entrance to Disneyland on September 30, 2020 in Anaheim, California. Disney is laying off 28,000 workers amid the toll of the COVID-19 pandemic on theme parks. (Photo by Mario Tama/Getty Images)

Only nine of the state’s 58 counties are currently at their lowest tier. Meanwhile, theme park executives are considering legal action in response to Newsom’s strict reopening protocols.

“There has to be a much greater back-and-forth dialogue. The goal line keeps moving,” said Potrock, who added California is ignoring the impacts these rules have on joblessness.

Last month, Disney announced it would be laying off 28,000 employees in its parks division in California and Florida due to limits on attendance at its theme parks and other restrictions implemented in response to the Wuhan virus pandemic.

In a letter to employees, Josh D’Amaro, chairman of Disney Parks, Experience and Product, said California’s “unwillingness to lift restrictions that would allow Disneyland to reopen” exacerbated the situation for the company.

California theme parks have been shuttered since mid-March of this year.