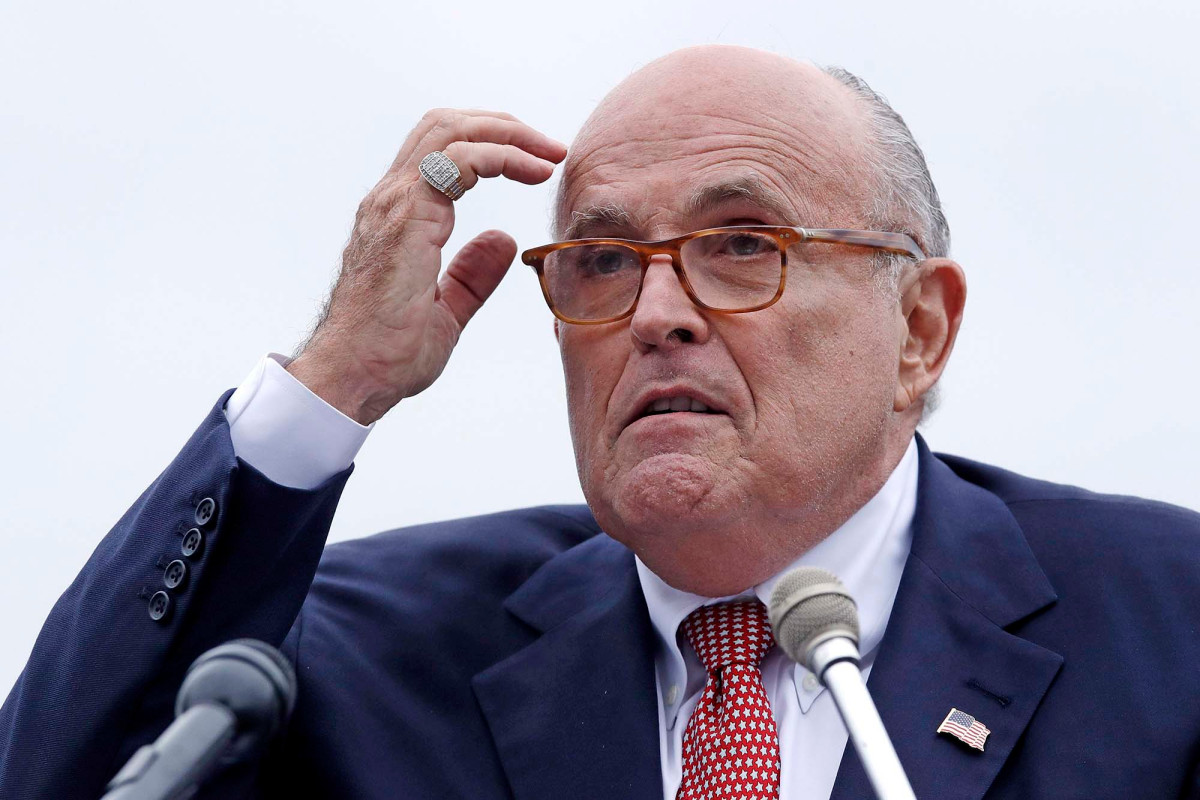 Rudy Giuliani says the alleged “Borat” sting where he was supposedly caught in a compromising position with a woman in a hotel room is a “complete fabrication….I was tucking in my shirt.”

In a statement in response to the release of review clips for the film “Borat Subsequent Moviefilm” Giuliani is seen being interviewed in a Manhattan hotel room by actress Maria Bakalova, who plays Borat’s daughter

Throughout the scene, Giuliani, 76, and Bakalova both touch hands, and at one point, the actress puts her hand on his knee. When the fake interview is finished, Bakalova says, “Shall we have a drink in the bedroom?”

The two head to the bedroom, and the former New York mayor and current lawyer of President Trump, says, “Here you go, my dear,” as he appears to help the actress remove her microphone.

Bakalova asks “Should we slip [sic] your jacket?”, and helps him remove the wireless microphone from underneath his shirt, untucking it. He lies back, and puts his hand down his pants seemingly to tuck his shirt back in, keeping his jacket on.

Giuliani said in a statement, “The Borat video is a complete fabrication. I was tucking in my shirt after taking off the recording equipment.

“At no time before, during, or after the interview was I ever inappropriate. If Sacha Baron Cohen implies otherwise he is a stone-cold liar.

“In fact, the NY Post today reports ‘it looks to me like an exaggeration through editing.’ As soon as I realized it was a set up I called the police.

“This is an effort to blunt my relentless exposure of the criminality and depravity of Joe Biden and his entire family.

“Deadline Hollywood reports CAA had a distribution screening in September where there was no mention of the scene holding any importance.

“We are preparing much bigger dumps off of the hard drive from hell, of which Joe Biden will be unable to defend or hide from. I have the receipts.”