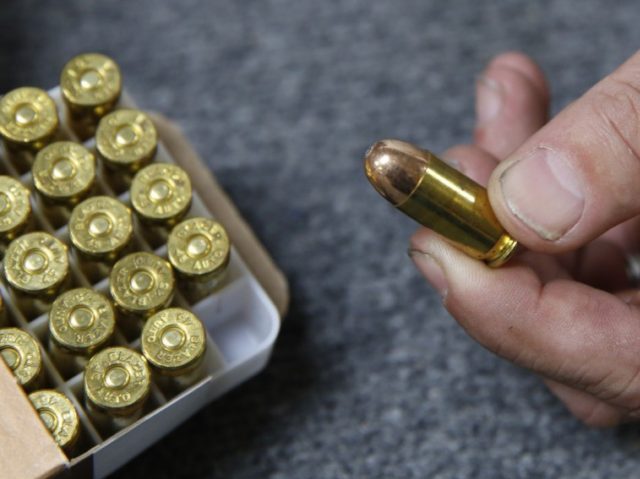 The gun control proposals set forth by Democrat presidential hopeful Joe Biden include a ban on online ammunition sales.

The proposed ban would also prohibit online sales of guns and gun parts.

It also contains a link to the March for Our Lives’ “Peace Plan”, which calls for “a prohibition on any and all online firearm and ammunition sales or transfers, including gun parts.”

Breitbart News reported that one of Biden’s other gun control policy proposals includes a provision that could require every AR-15 rifle be registered under the National Firearms Act of 1934 (NFA). Unless there were some form of carve-out, this could mandate that American gun owners pay a $200 federal tax per AR-15 that they own.

The National Rifle Association’s Andrew Arulanandam told Breitbart News that the current “low end” estimate of privately-owned AR-15s in the United States is 18 million. A tax of $200 on 18 million AR-15s means that gun owners could potentially be required to pay a collective $3.6 billion in taxes if this policy were enacted into legislation.

Breitbart News also reported that one of Biden’s proposals includes a provision that could require Americans to sell back their so-called “high-capacity magazines” to the government or be registered under the NFA. The latter, unless there were some form of carve-out, could mandate that American gun owners pay a $200 federal tax for every high-capacity magazine they currently own.