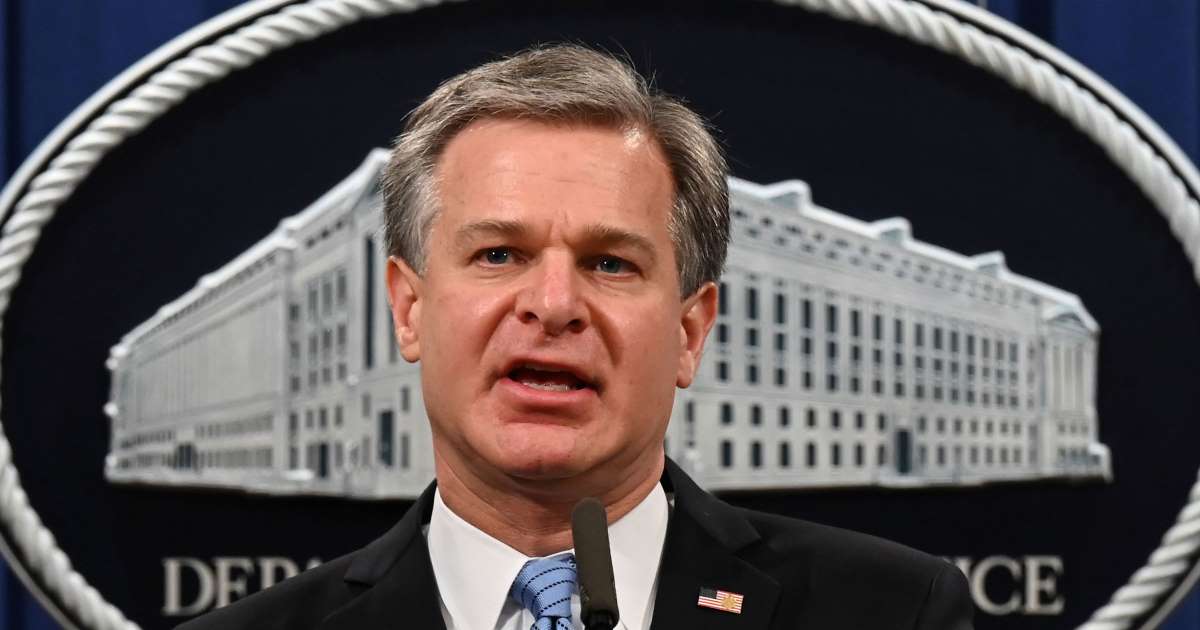 WASHINGTON (AP) — Less than four years into his 10-year term, FBI Director Christopher Wray’s future in the job is decidedly uncertain heading into the presidential election. Oddly, he may be more likely to stay in office if the president who appointed him loses than if he wins.


© Provided by Associated Press
FBI Director Christopher Wray speaks during a press conference at the Department of Justice, Wednesday, Oct. 7, 2020, in Washington. The Justice Department is announcing charges against two men from Britain who joined the Islamic State and were part of a cell that beheaded Western hostages. (Jim Watson via AP)


President Donald Trump has been escalating his rhetoric against Wray, angry over his public statements on issues like antifa, voting fraud and Russian election interference. He has declined to give Wray a public vote of confidence. His eldest son tweeted last week that Wray is working to “protect corrupt Democrats.”

With Washington abuzz about his possible dismissal, Wray and the FBI have engaged in a delicate balancing act as they address hot-button issues. He has sought to defend the FBI’s independence and its integrity even as it puts him at odds with Trump and his allies. Yet the bureau has also tried to avoid confrontations where possible, making clear that it is striving to be responsive to Republican lawmakers on politically charged investigations.

The actions appear crafted with an eye toward helping Wray retain his job and preserving stability at an agency that has been riven by turbulence in the last four years and that is also determined to avoid becoming entangled in presidential politics as it did in 2016.

“My assumption is the way he has tried to thread the needle over the last several months is to not do anything to get himself fired while at the same time being as honest as he can possibly be with Congress and the American people,” said Gregory Brower, a former FBI official who served as the bureau’s director of congressional affairs until 2018.

The latest example came Tuesday on a matter Trump has made a top talking point in the final weeks of the campaign: the publication of emails purportedly from Joe Biden’s son, Hunter. Asked by a Trump ally in the Senate to weigh in on their authenticity, the FBI replied with an understated letter that did not dispute the national intelligence director’s conclusion that the laptop on which they were found was not related to Russian disinformation, but did not address broader issues about its authenticity. It cited Justice Department policy in declining to confirm or deny investigations.


Even as Wray has angered Trump by contradicting him on some issues, the FBI has eagerly highlighted his cooperation on others critical for Republicans.

That includes pointing out his compliance with document demands from congressional Republicans looking to discredit the Trump-Russia investigation, and the FBI’s cooperation with a prosecutor whose investigation into the origins of that probe led to charges against a former FBI lawyer for altering an email.

FBI spokesman Brian Hale said in a statement that it’s important for Americans “to know that we have been transparent and cooperative with congressional oversight inquiries and Department of Justice reviews,” including those of the probe into whether Trump’s campaign coordinated with Russia in the 2016 election. He said the FBI is committed to providing information about the “important work being performed by our 37,000 employees located in 56 field offices across the country and stationed all over the world.”

Wray’s future is seen as uncertain because Trump has already fired one FBI director and has repeatedly lashed out at Wray. He said last week that Wray is “not doing a very good job” if he won’t acknowledge the possibility of rampant voter fraud, which Wray and other officials and experts have disputed as being a widespread problem.

It’s unclear if Trump would fire Wray after the election. If he wins, he could seek an FBI director more willing to back his political agenda. If he loses, Republican lawmakers may encourage him to keep Wray on board rather than leave Biden with a vacancy to fill himself.

Biden has not said if he would replace Wray. But presidents have generally respected the 10-year terms of FBI directors, a tenure designed to ensure the bureau’s political independence.

It’s hardly unusual for tension to exist between a president and FBI director. But Wray’s job is all the more difficult given Trump’s very public expectations of loyalty and that the levers of law enforcement be used against political enemies.

Then-FBI Director James Comey found himself in a precarious position as Trump took office with his campaign under investigation for its ties to Russia. Comey placated Trump to a degree by privately reassuring him that he was not under investigation, but balked at requests to state that publicly. He was fired in 2017, an action that became central to the special counsel’s investigation into whether Trump sought to obstruct the Russia probe.

Wray has approached his position in a non-flashy manner, preaching what one former senior FBI official described as a “head down, tackle hard” ethic. He has maintained the support of the rank and file, said Brian O’Hare, president of the FBI Agents Association.

There’s no question Wray has broken with the president, including in 2018 over the declassification of information related to the surveillance of former campaign aide Carter Page. He more recently drew Trump’s ire over congressional testimony that stressed the election interference threat from Russia at a time when Trump is focusing on China. He also described antifa, an umbrella term for leftist militants, as an ideology rather than an organization, contradicting Trump, who wants to designate it as a terror group.

In public comments, though, Wray readily acknowledges the “unacceptable” mistakes he says the FBI has made, noting that officials responsible have been fired or have retired, and points to the more than 40 corrective actions he has instituted to prevent surveillance problems from recurring. Even when discussing antifa, he has acknowledged the violence associated with the ideology and has said the FBI has investigations into people who identify with it.

Wray, meanwhile, has presided over a leadership shakeup at the bureau, though whether that turnover has happened fast enough for Republicans is unclear, especially given accelerating demands for the declassification of documents that GOP lawmakers want to release to undercut the Russia probe.