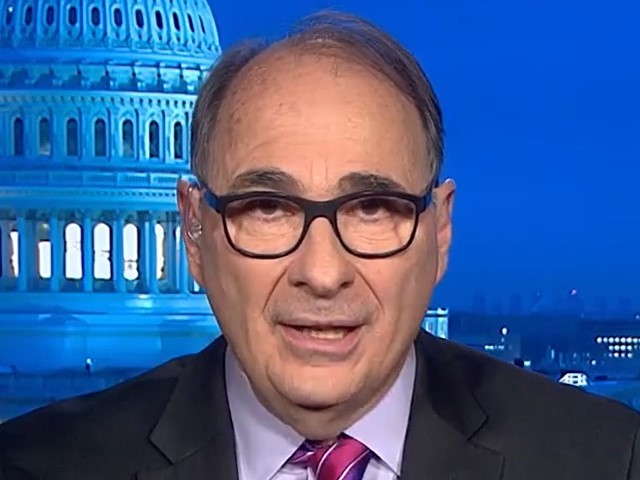 Axelrod predicted Trump was likely to suffer an electoral landslide defeat because of that.

Anchor Wolf Blitzer said, “As you saw, the president has a very narrow path to 270 electoral votes. His closing message is an all-out attack on Dr. Fauci. That makes no political sense at all?”

Axelrod said, “Early retirement from the presidency is what — is the most rational analysis of that. I’ve spoken to people on both sides today, and everybody agrees that this is an insane strategy, and it’s not just fighting with Fauci. He went to Michigan, a state that is among those that David described as the old blue wall, and he attacks the governor who was targeted in a kidnapping by terrorists, essentially, domestic terrorists, and he makes light of that. He goes to Wisconsin, a state that has 20,000 new cases in the past week, and he talks down the coronavirus, and then today, he spent the day campaigning against Fauci. And let me tell you something, Wolf, I look back at a poll from just the last few weeks, and people were asked who they trusted on the coronavirus, medical scientists 84%, the CDC 77%, Dr. Fauci 67%, Donald Trump 26%. That’s the fight he wants to pick two weeks before the election? It is nuts.”

Axelrod said, “He is essentially nine or ten points behind two weeks out. That is more than twice the margin that he was behind last time, and he is not the plucky challenger here. He is now an embattled incumbent in the midst of a pandemic that’s getting worse, for which he gets poor grades. It is a very, very hard task to turn this around. I think at this point it is far likelier that he is going to suffer an electoral landslide than it is that he will reach 270 electoral votes.”