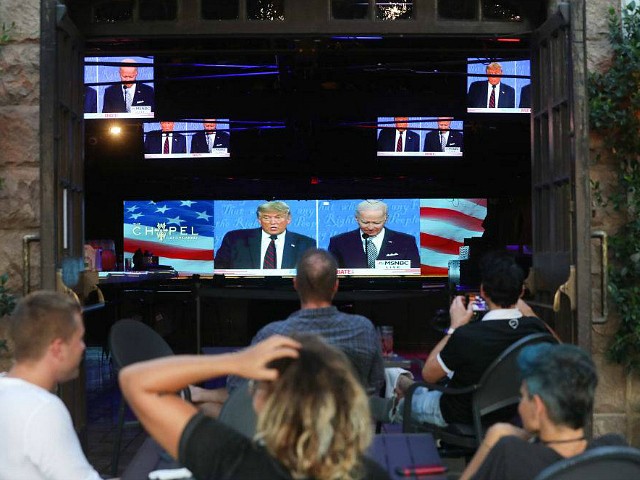 “We write with great concern over the announced topics for what was always billed as the “Foreign Policy Debate” in the series of events agreed to by both the Trump campaign and Biden campaign many months ago,” Stepien wrote in a letter to the commission that was published on Twitter.

Our letter to the BDC (Biden Debate Commission) pic.twitter.com/ZsY5JfMbT7

Stepien noted that all of the topics announced by Welker were covered in the first debate with moderator Chris Wallace of Fox News.

“It is completely irresponsible for the commission to alter the focus of this final debate just days before the event, solely to insulate Biden from his own history,” he wrote.

Stepien noted that Biden’s record was disastrous on foreign policy, quoting his former Secretary of Defense Robert Gates, who said that Biden was wrong on nearly every foreign policy of the past four decades.

He pointed out Biden’s history of supporting the Iraq war, giving Iran pallets of cash, and allowing his son Hunter Biden to get lucrative deals from the Chinese.

“If a major party candidate for President of the United States is compromised by the Communist Party of China, this is something Americans deserve to hear about, but it is not supposing the Biden would want to avoid it.”

Stepien also expressed his frustration with the debate commission’s “pro-Biden antics” throughout the debate process and warned them of any future changes to the debate format, such as allowing staffers to shut off a candidate’s microphone.

“It is completely unacceptable for anyone to wield such power and a decision to proceed with that change amounts to turning further editorial control of the debate over to the Commission which has already demonstrated its partiality to Biden,” the letter read.