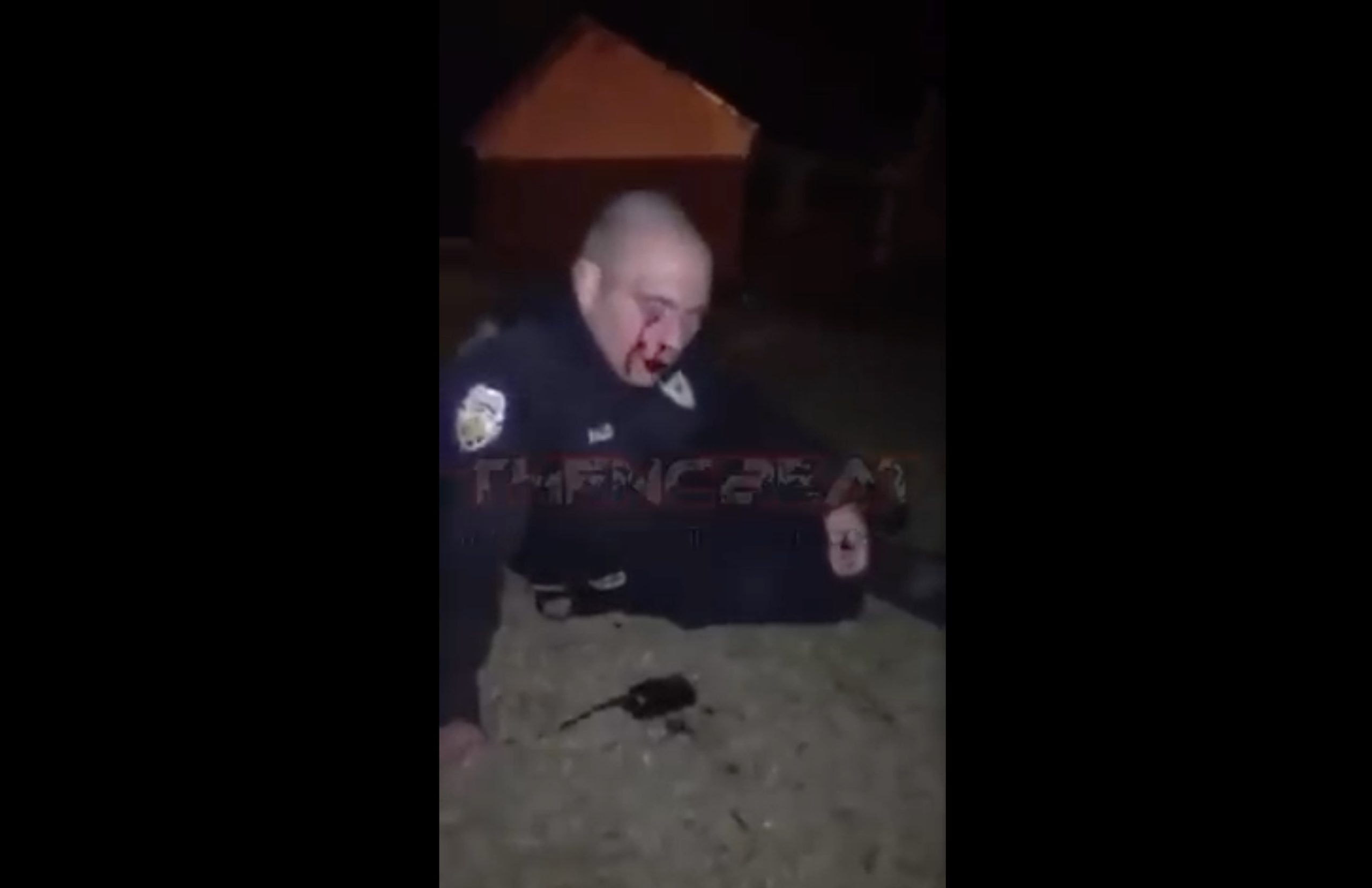 A police officer was rushed to a hospital after a suspect assaulted him on the job, North Carolina officials say.

Sale’s face was bloodied from the encounter, and he was “airlifted to UNC Medical Center,” the Rowland Police Department said, according to WPDE. The officer has since been released from the hospital, WRAL reported.

In connection with the case, Jamel Alphonso Rogers faces charges that include “assault, resisting an officer,” and kidnapping, according to the TV station.

Rowland is roughly 50 miles southwest of Fayetteville. The town is in Robeson County, where Sheriff Burnis Wilkins slammed the actions he said could make residents feel unsafe.

“This is a total disregard for authority and this could have turned out to be a much more tragic situation,” Wilkins wrote on Facebook.

Wilkins in his Facebook post said he wouldn’t comment about the tactics used during the Rowland officer’s arrest but said the situation wasn’t “new to law enforcement.”

“This is the harsh reality that law enforcement in America is facing right now where some think it’s okay to Defund the Police, Assault the Police and actually laugh and video the event while it’s occurring while at the same time encouraging the suspect to continue to fight the officer even after the officer has lost his weapon and is obviously disabled,” he wrote.

The idea of defunding police departments has been in the spotlight after the recent death of George Floyd, an unarmed Black man who died in Minneapolis police custody, drew attention to law enforcement tactics. Four officers were fired and charged in connection with Floyd’s death.

Discussions about defunding law enforcement agencies have ranged from dismantling entire police departments to taking money from their budgets to put toward community programs.