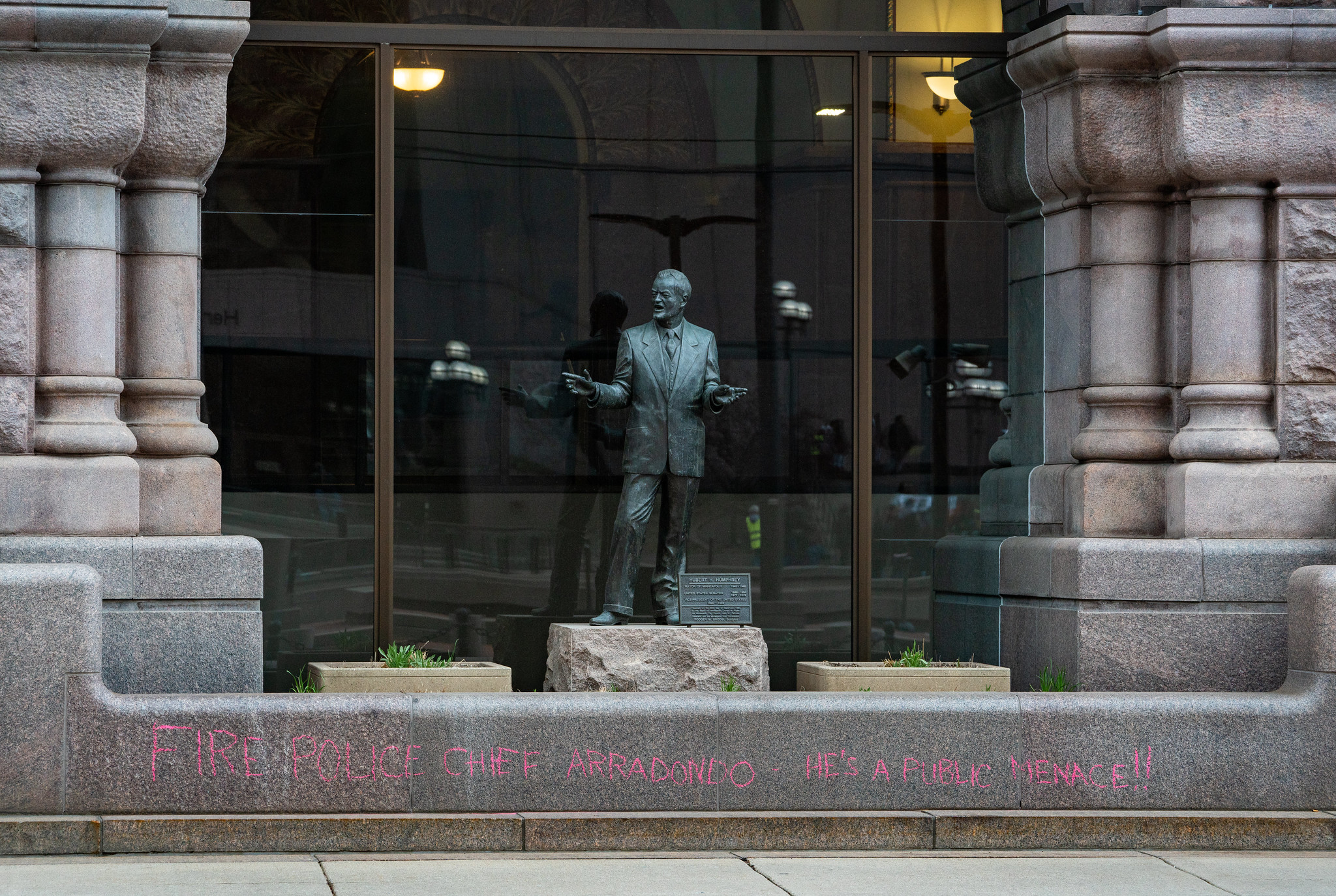 The U.S. Department of Justice has offered to partner with the Minneapolis Police Department as part of a new nationwide program to provide training to police forces across the country, reduce excessive force and build community safety.

Justice officials from Washington, D.C. announced the Law Enforcement Training and Technical Assistance Response Center at a news conference Tuesday morning, responding to months of civil unrest that began with the killing of George Floyd in Minneapolis police custody last May.

Minneapolis Police Chief Medaria Arradondo, appearing at the news conference alongside justice officials, said he’s “excited and encouraged” about the offer, though the city has not yet committed to it.

“We have been, and I have been, working on our plans to create a new MPD,” said Arradondo. “And this would be a key component to that.”

The offer, an initial investment of $3 million in grants, would include a coordinator to help support Arradondo, as well as technical assistance and training to implement use-of-force policies and resources to help recruitment, retention and officer safety and health, said Office of Justice Programs Principal Deputy Assistant Attorney General Katharine T. Sullivan.

The program would also focus on training Minneapolis officers on how to effectively respond to members of the community suffering from mental health or drug abuse issues or impairment, said Eric S. Dreiband, Assistant Attorney General for the Civil Rights Division.