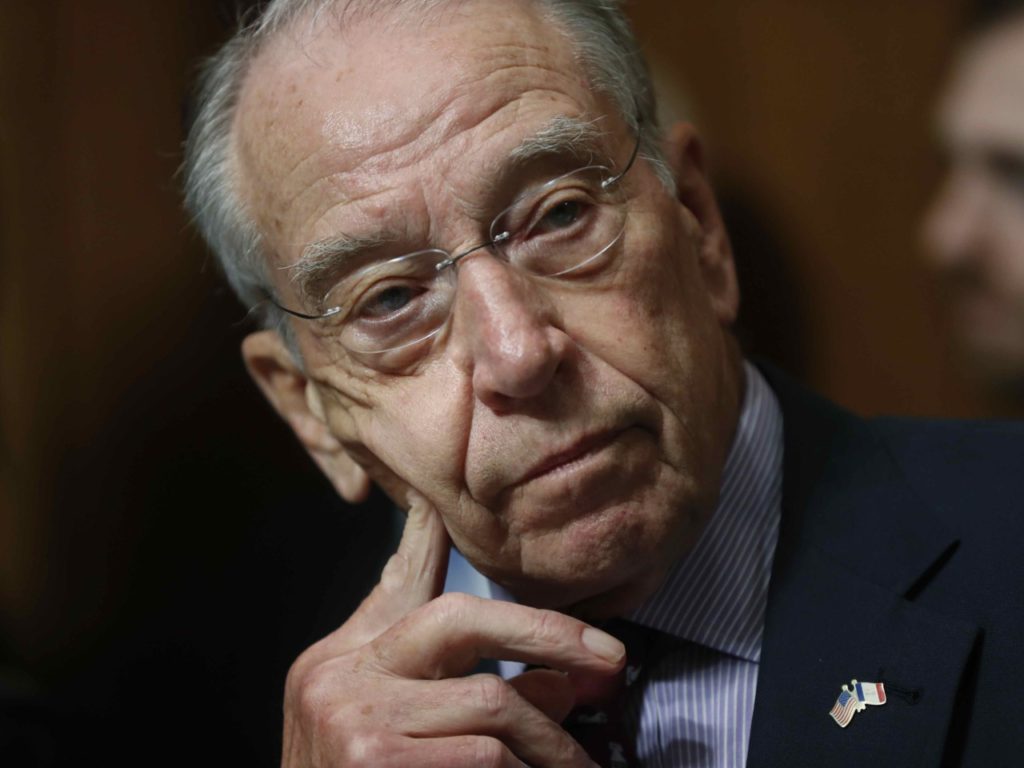 Senator Chuck Grassley (R-IA) on Tuesday ripped into Big Tech, describing them as “superspreaders” of disinformation in the wake of Facebook and Twitter censoring on their platforms the link to the New York Post report alleging Hunter Biden, the son of Democratic presidential nominee Joe Biden, had email correspondence uncovered showing him getting help from his father to obtain a “lucrative” relationship with Ukrainian energy company Burisma.

In an appearance on Fox Business Network’s “Cavuto: Coast to Coast,” Grassley called on Big Tech companies to “stop censoring the press” and protecting Biden out of their hatred of President Donald Trump.

“They’re acting like monopolies. Facebook, Twitter ought to be ashamed of what they’re doing for censoring,” Grassley. That isn’t the issue with Google, that’s anti-trust. But the First Amendment is in jeopardy here because so many people — particularly younger people — depend upon Twitter and Facebook to get their information. And when the Post puts out this story about Hunter Biden and Twitter and Facebook won’t take it, just think of the number of people in the United States — millions and millions of people — that are denied their source of news and shouldn’t this be as newsworthy as it being printed in the New York Post.”

“When the Steele dossier was out, paid for by the Democratic Party, or Hillary Clinton, we didn’t know that until a few months ago, but we know it now they were superspreaders of that disinformation,” he continued. “So now some people are saying this could be same disinformation. Well, it is proven that it is not by three sources. Number one, the Grassley-Johnson report that we put out. Number two, there is a person in prison that gave emails to journalists that prove some of the things that are in the laptop of Hunter Biden are true. And first of all, they have been asked questions about this. They don’t answer them. Vice President Biden should be obligated to answer these questions. And the other thing is, they haven’t denied him. So it seems to me that speaks to everything.”

Grassley then shot down Rep. Adam Schiff’s (D-CA) claim that the story about the Bidens is a Russian “disinformation campaign.”

“Let’s just get back to what Congressman Schiff said, that this is Russian disinformation. The Director of National Intelligence yesterday said that no intelligence shows that this is anything dealing with Russia besides now we have — we have signatures of Hunter Biden when he laid this laptop down for repair. That he didn’t pick up. And so, what’s the big deal? Facebook and Twitter need to get with it and stop censoring the press because so many millions of people, particularly younger people, that don’t read the newspapers depend upon that for news. And they ought to be able to get honest news. And they aren’t getting it. And they’re doing it just to protect Biden because they want him to be the next President of the United States. They hate Trump,” he concluded.