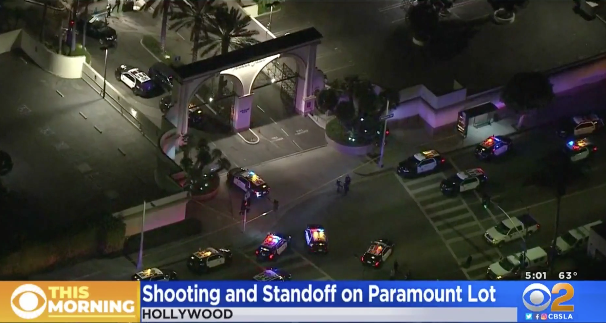 A man who was being pursued in connection with a sexual assault case became “uncooperative” and barricaded himself inside a building on the Paramount Pictures lot Sunday night, police officials said.

The man was under surveillance by Fullerton police investigators, who tried to arrest him in Los Angeles, said Fullerton Police Cpl. Billy Phu. At some point during the interaction, which started around 10 p.m., the man entered a building inside Paramount Pictures.

The incident drew a massive police response as officers converged to contain the area, Nguyen said. Authorities urged people to avoid streets around the studio.

Officials did not immediately have more details on the situation.