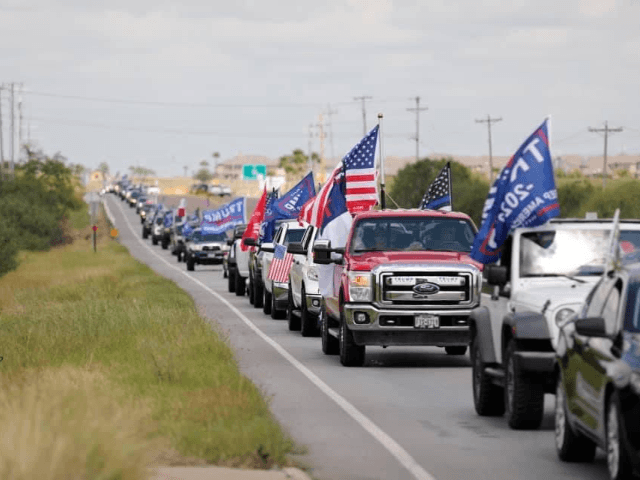 President Donald Trump’s supporters in western Pennsylvania are reportedly organizing what they hope will be the biggest “Trump Parade” the area has ever experienced.

“The event is scheduled for Saturday, October 24 and will span the tri-state area of Ohio, Pennsylvania and West Virginia, beginning from points in each state in the morning and ending in St. Clairsville in the afternoon,” WTRF reported.

Those in attendance will have an opportunity to meet Republican candidates and other local leaders.

“Organizers hope to see 5,000 participants at the event,” the outlet said.

Hundreds of Americans gathered for a pro-Trump parade Saturday in Lafayette, Indiana, according to Breitbart News.

“I want people in Lafayette to know that there are Trump supporters…we’re not afraid,” said event organizer Oscar Alvarez, adding, “We’re not going to keep silent. We’re going to show our support.”

“Bring all your Trump and American Flags. Decorate your vehicles in support of President Trump and America. Invite all of yours [sic] friends. Going to cruise Ottoville. After the event support our local restaurants,” the event’s Facebook page said.

Organizer Dave Landwehr told reporters he hoped the parade would encourage citizens to vote in November.

“It’s a nice day… so this is something to get everybody out, you know since all this COVID’s going on, and it’s a beautiful day,” he added.

An estimated 800 bikers participated in a Bikers for Trump rally in Orange Beach, Alabama, on Saturday, according to Breitbart News.

Video footage of the event showed the motorcyclists flying American flags, Trump flags, and Thin Blue Line flags as they rode through the area.

The Bikers for Trump PAC website described itself as a “grassroots organization of patriotic citizen crusaders who are committed to supporting President Trump’s agenda and upholding American liberties.”

Trooper on Cuomo’s detail dates his daughter, gets transferred close to...