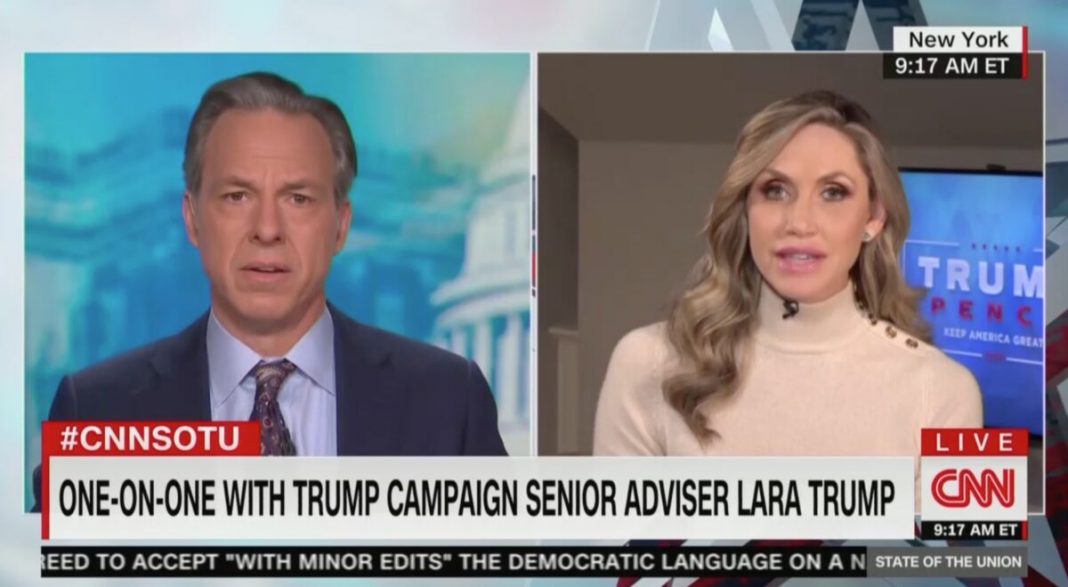 Tapper pressed Mrs. Trump on a litany of subjects on State of the Union, but towards the end, he brought up how Biden had to overcome a stutter, and that the ex-veep has connected with other people throughout his life in order to help them overcome speech impediments. Tapper rolled footage of Brayden Harrington, a 13 year old boy who told the Democratic National Convention of how Biden helped him, and then he played footage of Mrs. Trump mocking Biden for having difficulty speaking.

“How do you think it makes little kids with stutters feel when they see you make a comment like this that?” Tapper asked Trump.

Trump began by insisting she didn’t know Biden suffered from a stutter, but then she added “I think what we see on stage with Joe Biden is very clearly a cognitive decline.”

“Okay,” Tapper injected. He continued to accuse Trump of mocking Biden’s stutter before adding “I think you have absolutely no standing to diagnose somebody’s cognitive decline.”

As the two continued to fight it out, Tapper said to Trump “I’m sure it offends you” when people diagnose her father-in-law from afar.

“I’m not diagnosing him,” she responded. “I’m saying Joe Biden is struggling at times on stage and it’s concerning to a lot of people that this could be the leader of the free world.”

From there, Tapper closed out the interview while offering a deadpan observation to Trump that “I’m sure [your comments] were from a place of concern. We all believe that.”

Watch above, via CNN.