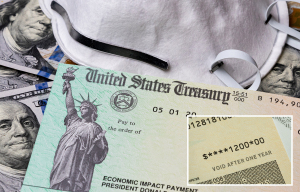 MICHIGAN Gov Gretchen Whitmer slammed Trump fans chanting “lock her up,” saying it puts her family “in danger” – days after a kidnapping plot against her was revealed.

Speaking at his rally in Muskegon, Michigan this afternoon, Trump said “hopefully you will be sending [Whitmer] packing soon” after the kidnapping plot against her.

But the governor of Michigan clapped back on Twitter after she was targeted by at least six men with ties to the Boogaloo Boys movement.”

“This is exactly the rhetoric that has put me, my family, and other government officials’ lives in danger while we try to save the lives of our fellow Americans,” she raged on Saturday.

“It needs to stop,” Whitmer added hours after The Boogaloo Boys held a “Unity Rally” at the Capitol Building in Lansing

This was reportedly an attempt to distance themselves from the Wolverine Watchmen, a local armed group, involved in the plot.

Trump has often attacked Whitmer over their differences in handling of the coronavirus pandemic.

Angry protests erupted earlier this year as residents thought the governor was too heavy-handed in restrictions to battle the pandemic.

“The Governor of Michigan should give a little and put out the fire,” Trump tweeted in May. “These are very good people, but they are angry. They want their lives back again, safely! See them, talk to them, make a deal,”

Chilling pictures from a protest inside the Michigan State Capitol building on April 30 show two of the suspects heavily armed while standing in the gallery above the senate.

These Wolverine Watchmen – affiliated with the loosely organized far-right Boogaloo movement – had started formulating the plan to kidnap Whitmer and start a civil war in June, the FBI said.

Thirteen men were arrested in connection to the sinister plot, seven of whom were part of Watchmen – and two of them are former Marines, the Corps said.

Joseph Morrison, 26, continued to serve in the Marine reserves until last week, CNN reported, while Daniel Harris, 23, served from June 2015 to June 2019 and achieved the rank of corporal.

The terrorist group allegedly formulated their plan in the basement of a vacuum repair shop called the Vac Shack.

They began plotting after one of the suspects, Adam Fox, was thrown out of his apartment by his girlfriend, according to CNN.

Fox, and a Delaware man named Barry Croft, had allegedly scheduled the clandestine basement meeting with 13 other men.

They reportedly felt that Michigan and other states were violating the US Constitution with closures of gyms and bars and other businesses, the outlet reported.

The group allegedly reached out to the Wolverine Watchmen for additional manpower to carry out their plans to kill “tyrants.”

With the help of an informant member of the Watchmen and undercover operatives, the FBI monitored the group as it trained and planned in a rural village called Munith, about 100 miles southeast of Grand Rapids.

But after the plot was foiled, a Michigan sheriff claimed that people involved may have been acting legally by planning to make a citizen’s arrest.

Barry County Sheriff Dar Leaf – who appeared on stage at an anti-lockdown rally in May with William Null – said “a lot of people are angry with the governor.”

Under state law private citizens are allowed to make an arrest if they witness a felony, or if a felony has been committed.

“They want her arrested. So are they trying to arrest or was it a kidnap attempt?

“Because you can still in Michigan if it’s a felony, make a felony arrest.”

Whitmer has since warned that there may be “dangerous people” watching her since the plot first emerged.

She spoke to ABC’s Good Morning America on October 9 – the day after officials said that a Wolverine Watchmen plot to abduct her was stopped.

Student, 21, still has no sense of taste or smell 7 MONTHS after Covid

‘NOBODY CARES ABOUT ME’

“Even the president last night in his tweet storm won’t stop attacking me,” she continued.

“I think that it’s creating a very dangerous situation – not just for me but for people in leadership roles who are trying to save lives all across this country.”

Whitmer was referring to a series of Trump’s tweets, which slammed her for doing “a terrible job” but emphasized that he “[doesn’t] tolerate ANY extreme violence.”