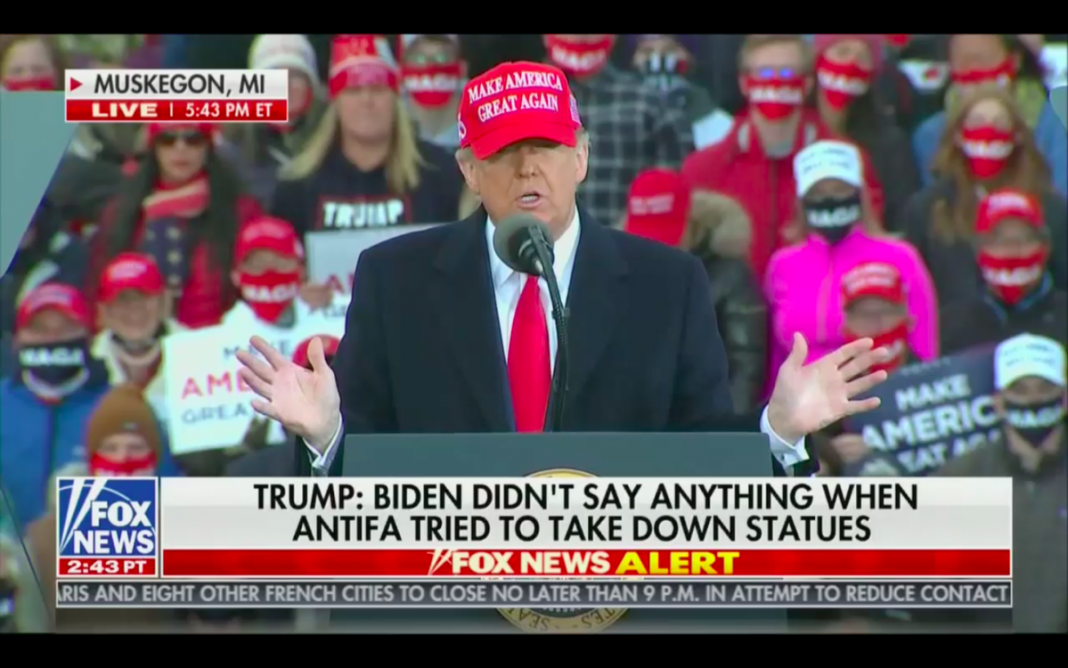 At a campaign rally in Michigan Saturday afternoon, President Donald Trump joked about being called a fascist by his critics and got the crowd of his supporters to chant “twelve more years.”

Trump has been criticized for holding these rallies as the coronavirus pandemic continues to spread across the country, with many attendees failing to wear face masks or socially distance. He spent several minutes complaining that many states were restricting large gatherings, so they were not officially calling these events rallies, but rather “peaceful protests.”

“The only thing you could do is you could protest,” said Trump, “you could riot in the streets of Minneapolis, burn down their stores, you could beat the hell out of people, you could do whatever you want.”

“So I said I have an idea, let’s call all our rallies, which we do, peaceful protests,” he said as the crowd cheered. “If we call this a rally we would have a problem. So we’ll call it a peaceful protest.”

“If you are a moderate Democrat or liberal, who knows,” Trump continued, “your party has gone totally off the rails. You have a moral duty to immediately stop this lunacy. You must by law join the Republican Party. We then welcome you to the Republican Party and the party of Abraham Lincoln. You know, I say that. A lot of people don’t know that.”

A quick fact check: no American has any legal obligation to join the Republican Party or any political party whatsoever, and former President Abraham Lincoln’s status as the first Republican president is fairly well known, due in no small part to the fact that the Republican Party has heavily promoted that historical connection for decades.

Watch the video above, via Fox News.