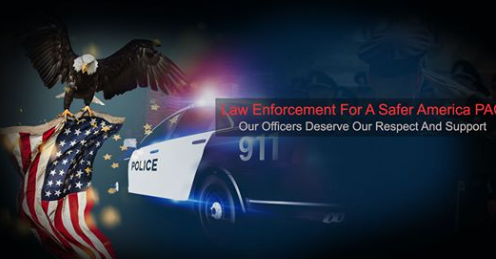 Scam callers are targeting the elderly and others around America, this time as a series of pro-police organizations that funnel funds into a political action group.

The calls often feature generic names such as the Police Officers Support Association, the National Emergency Responders Coalition and the National Coalition for Police & Troopers.

According to CNN, while donors often are tricked into thinking the money goes to law enforcement, they are unwittingly giving money to a super PAC known as Law Enforcement for a Safer America, which has ties to a reportedly controversial union and uses most of the proceeds to keep afloat.

Police departments across the country are issuing “scam notices” to the public in an effort to prevent them from falling for LESA’s trap.

The super PAC did not answer CNN’s requests for comment.

The scam seems to be primarily targeting the elderly, who tend to poll the highest when it comes to supporting law enforcement agencies.

Kellie Van Westen, 69, gave over $1,400 to the group under the impression that the money would bolster local police budgets and provide safety equipment.

Others, such as Claire Reiss, 79, donated over $2,000 to the alleged “good cause” before she ceased, citing aggressive calling and constant begging for money on behalf of the PAC.