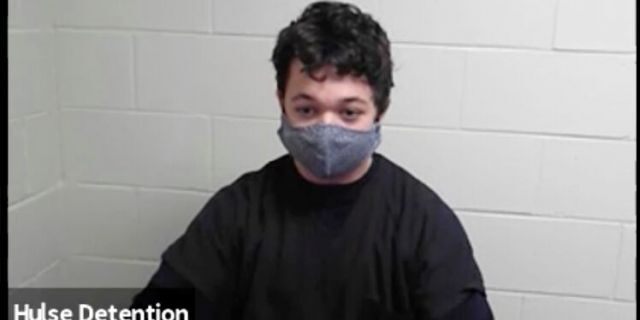 Illinois prosecutors pushed back against arguments made by Kyle Rittenhouse’s criminal attorneys in their efforts to stop his extradition to Kenosha, Wis., where the 17-year-old is accused of fatally shooting two people and wounding a third during a night of unrest.

The petition – filed by the teenager’s attorney, John Pierce, on Oct. 8 – argues that Rittenhouse’s safety is in jeopardy and the case does not meet the legal requirements necessary to move someone from a juvenile center to an adult facility. They also said to extradite him “would be to turn him over to the mob.”

But prosecutors said Rittenhouse’s attorneys used the habeas corpus argument “as a guise to argue the underlying facts of the Wisconsin charges, inject inadmissible evidence surrounding the circumstances of events in Kenosha, Wisconsin and color the record with purported defenses to those charges,” court papers show.

MAN WHO FIRED SHOTS BEFORE KYLE RITTENHOUSE IN KENOSHA CHARGED

In a statement provided to Fox News on Friday, Pierce said he and his team “will never stop” fighting for Rittenhouse.

“Lake County’s filing speaks for itself. We look forward to the hearing on our Habeas Corpus petition on October 30th,” he said. “We are confident Judge Novak will give Kyle a fair hearing. We will not relent in fighting to free Kyle, whether it takes weeks or years.”

He remains in an Illinois jail cell.

In this Tuesday, Aug. 25, 2020, file photo, Kyle Rittenhouse carries a weapon as he walks along Sheridan Road in Kenosha, Wis., during a night of unrest following the weekend police shooting of Jacob Blake. (Adam Rogan/The Journal Times via AP, File)

The charges against Rittenhouse stem from a series of alleged shootings on the night of Aug. 25, during unrest over the police shooting of Jacob Blake. Rittenhouse later surrendered to police in his hometown.

Before the shootings, Rittenhouse told the Daily Caller’s Richie McGinniss he was there that night to protect a business that he was seen standing near and also “to help people.”

“If there’s somebody hurt, I’m running into harm’s way,” he told McGinniss. “That’s why I have my rifle because I need to protect, obviously, but I also have my med kit.”

Shortly after 11:30 p.m., Joseph Rosenbaum, 36, and 26-year-old Anthony Huber died as a result of the shooting. Gaige Grosskreutz, who was allegedly holding a handgun at the time, was wounded but survived.

Rittenhouse’s attorneys said the teen did try to surrender to Kenosha authorities before returning home. He was charged on Aug. 27.

“[T]he defendant argued that extradition is somehow improper because of an alleged typographical mistake and missing signature on an Illinois (italicized) arrest citation,” the court records state. “These arguments are improper and a red herring. The Illinois arrest citation had nothing to do with the Governor’s grant of extradition nor is it relevant to this limited hearing on this matter.”

Nonetheless, prosecutors said the circumstances of the shootings have no role in whether to transfer Rittenhouse across the state border.

Rittenhouse, meanwhile, will not face gun charges in Illinois after an investigation revealed the gun used in the Kenosha shooting was purchased, stored and used in Wisconsin, the Lake County State’s Attorney’s Office announced earlier this week. There is no evidence the gun was ever physically possessed by Rittenhouse in Illinois, it said.

He is due back in Lake County court on Oct. 30 for an extradition hearing.