Home Breaking News ‘This Was a Joke’ — Trump Is ‘a Diminished,’ ‘He Seemed out... 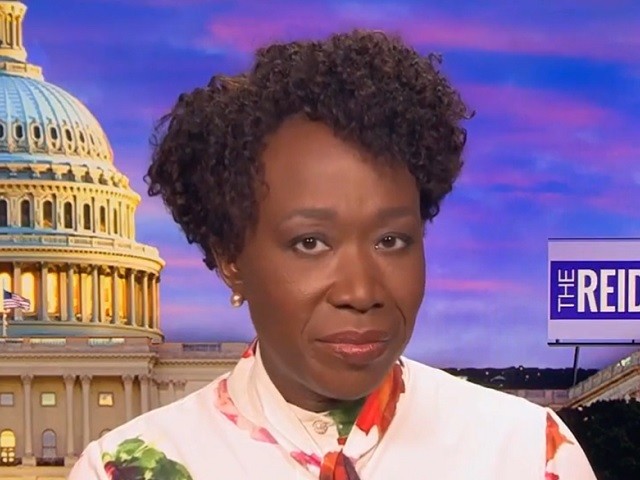 MSNBC’s Joy Reid said Tuesday night during the network’s presidential debate analysis that President Donald Trump was “a diminished character,” adding “he seemed out of control.”

Reid said, “The suburbs are really where he’s hurting. If you look at the Philadelphia suburbs, that’s where he’s bleeding. The women voters he’s been trying to terrify about Cory Booker, when they watch this performance, this screaming, as you said, wandering through the white house in his bedroom slippers and robe performance on television, does he — I don’t know if he thinks that people are going to gravitate toward it or if he’s not capable of caring anymore because he’s left the planet. At this point, he’s just an angry autocrat who’s desperate to hang on to power and who sees the legal threat ahead of him and the potential seizure of assets in his future and the potential for closure of Trump Tower. He’s mad, and he does not understand why he has to even sit for a debate or sit for an election.”

She continued, “This was a joke. This was a mess.”

Reid added, “Another alarming thing his own deterioration. I’m sorry to say it. I know it’s un-polite to talk about it, but this is a diminished character. He seemed out of control.”

She concluded, “He seemed he couldn’t emotionally control himself, that he wasn’t capable of him, that maybe he didn’t have the capability to stop himself.”