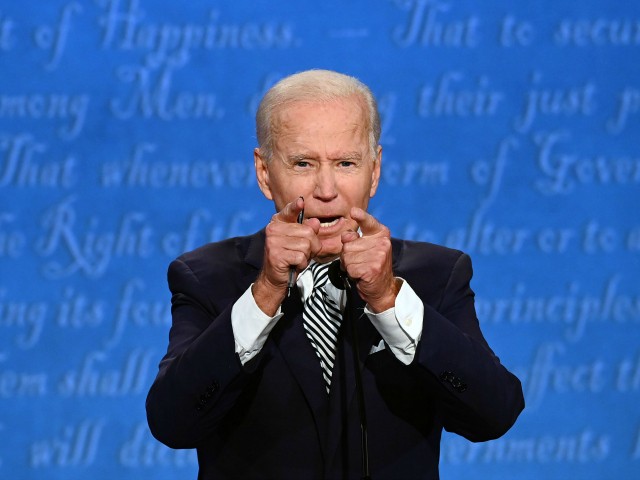 Democrat nominee for president and former Vice President Joe Biden aggressively pushed back at President Trump at the outset of Tuesday night’s debate.

“Are you going to pack the court?” President Trump asked. “Would you shut up, man?” Biden responded. “This is so unpresidential”:

“Would you shut up, man?” Joe Biden laments to President Trump, as the president interrupts him. “This is so unpresidential.” pic.twitter.com/dyOEA9Pi5l

President Trump “doesn’t have a plan. If I were running it, I would know what the plan is. You’ve got to provide these businesses the ability to have the money they need for PPE and sanitation,” Biden said.

“Would you just shush for a minute?” Biden hit back:

Biden tells Trump: “Would you just shush for a minute” pic.twitter.com/iXWGlOu1TU

Later in the debate, Biden called President Trump a “clown.”

“Folks, do you have any idea what this clown is doing?” Biden said.

Joe Biden: “Folks, do you have any idea what this clown is doing?” #Debates2020 pic.twitter.com/JEQIEwvHyb