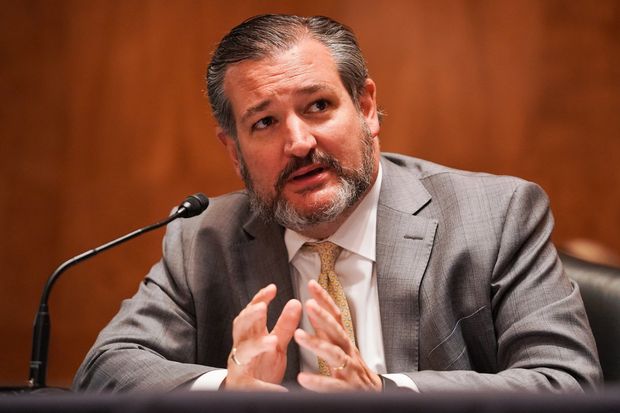 WASHINGTON—President Trump’s formal nomination of Judge Amy Coney Barrett to the Supreme Court on Saturday moves the partisan fight over the seat to a new phase, as Republicans sprint to get the president’s third high-court pick confirmed ahead of Election Day.

The nomination battle now shifts to Judge Barrett’s qualifications and record on the bench, after Republicans ignored Democratic calls to leave the seat open until voters select the next president. Questions about how Judge Barrett could vote on such hot-button issue as abortion and the Affordable Care Act are set to play a prominent role in her confirmation process.

If confirmed in the GOP-led Senate, Judge Barrett, currently a member of the Seventh U.S. Circuit Court of Appeals, could cement a conservative majority on the Supreme Court for decades. She would succeed the late Justice Ruth Bader Ginsburg, the leader of the court’s liberal wing, who died earlier this month from metastatic pancreatic cancer at the age of 87.

Senate Republicans say they plan to hold hearings on Judge Barrett’s nomination over three or four days in the week of Oct. 12 and hope to have the Senate vote on her confirmation the week before Election Day, Nov. 3.

“The Senate Judiciary will act promptly to conduct confirmation hearings and to assess her record and her qualifications, and I have every confidence that the Senate will confirm Judge Barrett as Justice Barrett before Election Day,” said Sen. Ted Cruz (R., Texas), a member of the Senate Judiciary Committee.

Democrats have called on Republicans to let the winner of the presidential contest between Mr. Trump and former Vice President Joe Biden make the nomination to the seat, pointing to the GOP’s refusal to consider Judge Merrick Garland’s nomination to the Supreme Court in 2016. Some Senate Democrats have said they wouldn’t meet with Judge Barrett. Two GOP senators, Susan Collins of Maine and Lisa Murkowski of Alaska, have opposed holding a vote on the nominee this year.

Democrats also argue that confirming Judge Barrett and giving conservatives a 6-3 majority on the Supreme Court could imperil the Affordable Care Act and Roe v. Wade, the 1973 high-court precedent that established a constitutional right to end a pregnancy.

One of the court’s biggest pending cases, set for argument on Nov. 10, a week after the election, involves the future of the Affordable Care Act. If Judge Barrett, a conservative-leaning judge, is seated in time for that argument, she would vote on a case that could invalidate the Obama-era health law. A lower court found that the mandate to carry health insurance is unconstitutional because Congress reduced the tax penalty for failing to maintain coverage to zero.

What’s your reaction to President Trump’s Supreme Court pick? Join the conversation below.

Sen. Chris Coons (D., Del.), a member of the Senate Judiciary Committee, said that Republicans shouldn’t hold hearings on the nomination so close to an election. If they do go forward, though, he said he plans to focus on health care.

Some Republicans anticipate that previous debates about whether the GOP should move forward with a hypothetical nominee will now be overshadowed by a discussion of Judge Barrett and whether she qualifies for the court.

“These questions of whether the president should make a nomination or if the Senate should move forward, that was before we have a nominee. Now we have a nominee,” said Sen. John Barrasso (R., Wyo.), a member of Senate Republican leadership. “The focus should turn there and what people think of her, and whether she qualifies or not.”

A former law clerk for the late Justice Antonin Scalia, Judge Barrett, 48 years old, was widely expected to be the nominee. The New Orleans native and Notre Dame Law School graduate was a finalist for the Supreme Court opening that went to Justice Brett Kavanaugh. She remained high on the White House’s list of candidates for another vacancy.

Social conservatives voiced support for Judge Barrett, who is Catholic, because of their belief that she could give the Supreme Court a fifth vote to overturn or limit Roe v. Wade, given that Chief Justice John Roberts has signaled he may have reservations about doing so.

Judge Barrett’s religious faith prompted scrutiny during her 2017 confirmation hearing for the Seventh Circuit. A handful of Democratic senators, including Sen. Dianne Feinstein of California, asked Judge Barrett—then a nominee—whether she would be able to separate her religious beliefs from her duty of impartiality as a judge. She said she could, adding that it was never appropriate for a judge to impose her personal convictions on the law.

Some Catholics and Republicans criticized Ms. Feinstein, accusing her of imposing a religious test for nominees.

Republicans are eager to see how Democrats scrutinize Judge Barrett during confirmation hearings, believing that intensive or critical questioning of the nominee could hurt Democrats politically. GOP lawmakers see the battle over confirming Justice Kavanaugh and the sexual misconduct allegations against him as having helped the party pick up Senate seats in the 2018 midterm elections, even as Democrats won back the House.

“Democrats have got to be careful they don’t turn it into a circus like they did with Kavanaugh. That hurt them politically,” Sen. Mike Braun (R., Ind.) said.

Mr. Trump and Republicans also hope that the fight over the court vacancy could galvanize a campaign contending with what polls have shown is widespread frustration over Mr. Trump’s handling of the coronavirus pandemic and racial-justice protests.

Democrats, buoyed by a surge in donations since Justice Ginsburg’s death, appear focused on health care, an issue that has long been at the center of the party’s campaigns against Republicans.

“Every vote to confirm this nominee is a vote to dismantle health care.  The American people will hold every Senator responsible for their vote at the ballot box,” House Speaker Nancy Pelosi (D., Calif.) said.

—Kristina Peterson and Ken Thomas contributed to this article.