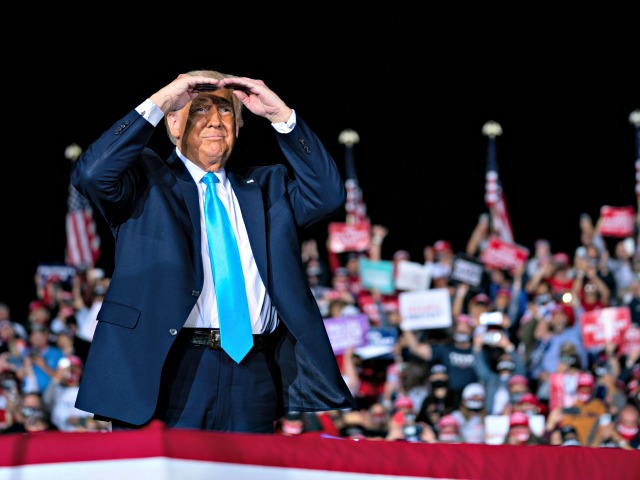 President Donald Trump paused during his campaign rally on Saturday to honor the police officers at the event.

“Look at all the police back there, are they the greatest?” Trump asked, turning and gazing at the crowd of officers at the event in Middletown, Pennsylvania.

The crowd repeatedly chanted “Back the Blue” as the president stood and applauded.

“They’re great people,” Trump continued. “We got so many endorsements, I don’t even talk about them anymore … they endorsed me, they endorsed us.”

Trump said that police in major cities should be allowed to do their job without Democrat city officials restricting their actions or defunding their departments.

Is Trump counting on God to put him back in the White House? – analysis