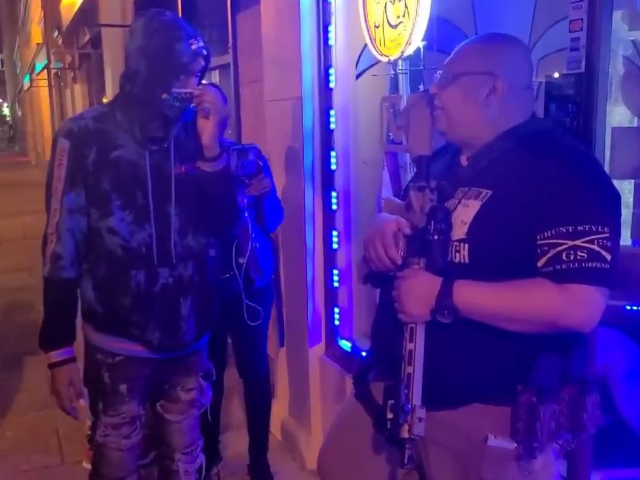 The Daily Mail reports that the business owner, Fadi Faouri, was standing guard outside his business because it had been firebombed during Breonna Taylor riots the night before.

A protester asked him, “Do black lives matter?”

Faouri replied, “If you’re a good person I will care about you, if you’re a bad person….” He then shrugged his shoulders.

The protester then asked if “Breonna Taylor matters?”

Faouri said, “Does it matter? I don’t know.”

Protesters then began peppering Faouri with questions and comments, prompting him to say, “Are you trying to intimidate me? I’m not playing that game.”

The Blaze reports that Faouri’s business was firebombed Thursday night as rioters took to the streets in protest of the grand jury decision not charge officers with homicide in the death of Breonna Taylor.