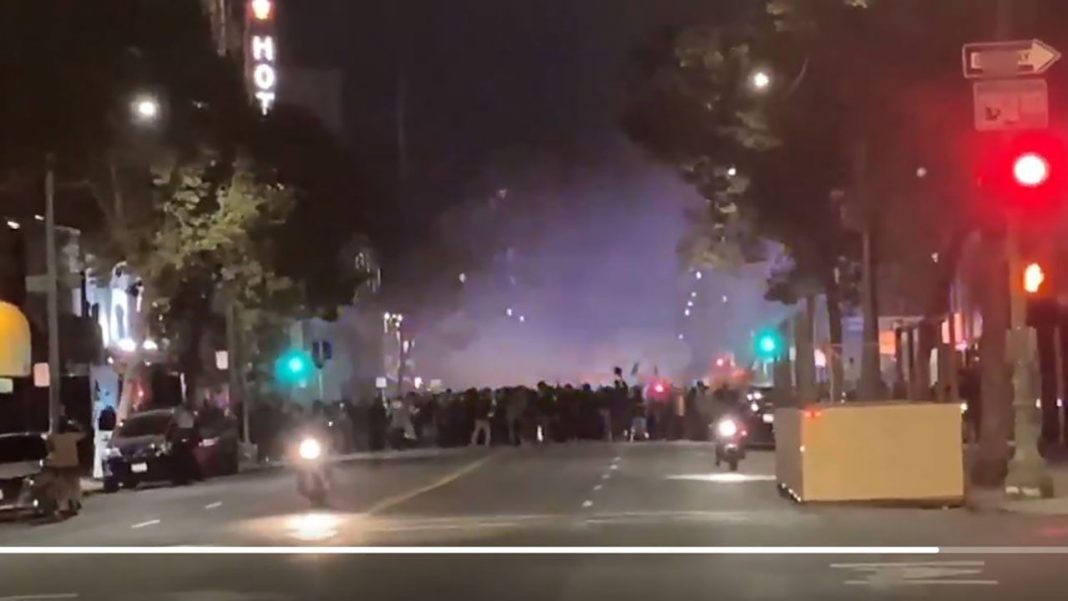 On today’s episode, Lawrence Jones is ‘Outnumbered’ as new protests continue to erupt all over the United States in response to not charging the officers that shot Breonna Taylor.

The Oakland Police Department said more than 250 protesters in the downtown area became “immediately violent” by throwing bottles and cans at officers.

The department said officers used “minimal smoke,” which is allowed only under certain situations, FOX 2 of the Bay Area reported.

Bay Area Rapid Transit (BART) also closed one of its downtown Oakland stations as protesters converged on the area, according to KPIX-TV in San Francisco.

Protests bubbled up across the country this week, following a grand jury decision in Louisville, Ky., on Wednesday in which it was announced no officer would be directly charged in the death of Breonna Taylor. One officer was charged with wanton endangerment after bullets entered a neighboring home during a March drug raid.