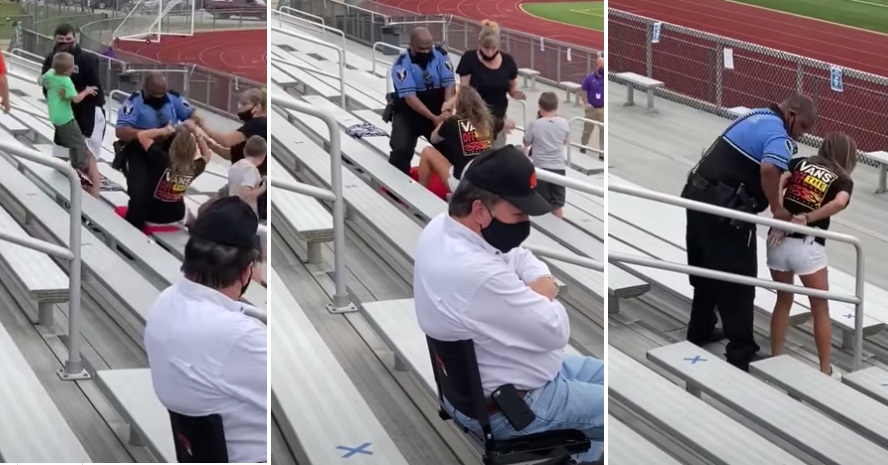 Masks are a very divisive issue in the United States.

From the actual effectiveness of the devices to the mandatory and voluntary use of them, the face coverings are controversial and often bleed into personal, political and ideological beliefs.

In Georgia, a mask mandate was put into effect, resulting in one woman getting more than she bargained for during a Marietta City Schools-Logan sporting event.

Alecia Kitts, who was approached by the Logan Police, was tased and arrested after refusing to put on a mask and resisting law enforcement.

“The police officer attempted to detain her, she resisted …She wasn’t hurting anybody,” said local Skylar Steward, identifying the woman as his son’s mother.

The arresting officer, known only as Officer Smith, took Kitts into custody.

According to the Marietta Times, Kitts was filmed from multiple angles as she tangled with law enforcement and demanded people to rise up against the mandatory order.

Kitts’ seventh-grade son is a Marietta County Schools student, and school officials apologized to Logan for the incident.

“I’m grateful that it didn’t happen in Marietta, but it saddens me that it was Marietta that caused it in Logan,” said MCS Athletic Director Cody Venderlic. “As athletic directors, we’ve talked about this too and the biggest challenge about dealing with visiting fans is people behave much better at home than when they’re on the road.”