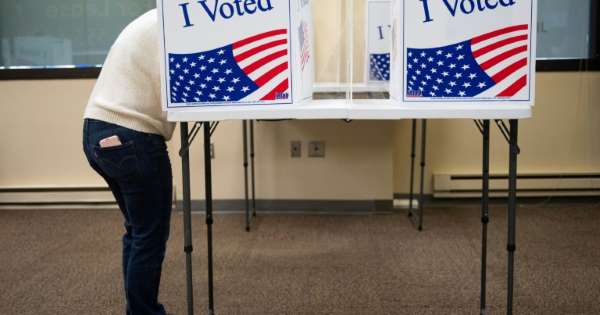 The FBI and the main US cybersecurity agency warned Tuesday that provocateurs could take advantage of a slow vote count in the November 3 election to spread disinformation aimed at discrediting the results.


“Foreign actors and cybercriminals could create new websites, change existing websites, and create or share corresponding social media content to spread false information,” around the election, the Federal Bureau of Investigation and Cybersecurity and Infrastructure Security Agency said in a joint statement.

Such actions could be attempts to discredit the electoral process and undermine confidence in US democratic institutions, they said.

They noted that because of an expected massive surge in voting by mail due to the coronavirus pandemic, local election officials could require days to fully count ballots and announce the results.

Bad actors could exploit that lag to put out information alleging voter suppression, voter fraud, and faulty or hacked election infrastructure, “intended to convince the public of the elections’ illegitimacy,” they said.

They called on people to double-check information they read or hear and focus on proven, trustworthy resources, such as election officials.

They also encouraged people to report suspect disinformation operations to the FBI and to social media platforms.

Researchers and social media companies say they have already detected numerous efforts to raise questions about the reliability of the elections, efforts that can be sourced both to domestic and foreign actors.

“What’s going to happen on November 3rd?” he asked last week, saying “millions” of ballots will not have been counted.

“It’s a disaster. Everyone knows it,” he said, adding: “Where are these ballots going? Who’s sending them? Who’s signing them?”

US intelligence officials said recently that Russians have pushed a similar message through social media to erode confidence in the election and foster anger among voters.

On Tuesday The Washington Post reported that a confidential CIA report said that Russian President Vladimir Putin and top aides are “probably directing” the disinformation campaign, aiming in part to harm the chances of Trump’s Democratic challenger Joe Biden.