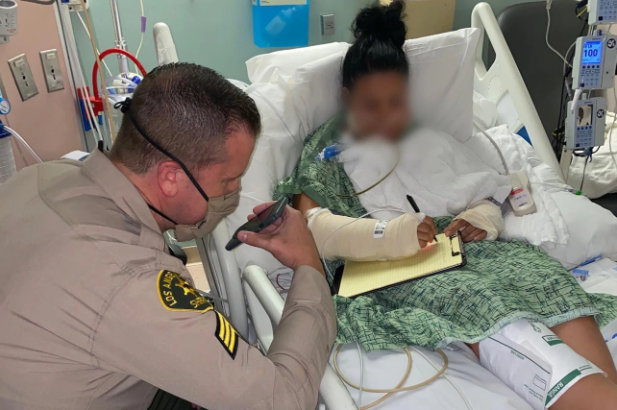 The two LA County deputies wounded in a vicious ambush received phone calls from the President of the United States, who wished them a speedy recovery and had select words for the female deputy who continued providing aid under fire.

Claudia Apolinar, the 31-year-old female deputy who was shot multiple times during the ambush, was personally given words of encouragement by President Trump.

According to the New York Post, Apolinar’s injuries forced her to relay responses through an LASD Transit officer standing by her hospital bed.

The mother of one and former librarian performed her duties despite being badly wounded.

The other injured deputy has since been released from the hospital and is receiving long-term care.

Anti-police activists showed up at the hospital where the officers were, creating tension with police guarding the wounded.

Sources indicated that the man taken into custody after a carjacking in Lynwood was linked to the probe.

Biden ‘Wants to Make Us Hide in Fear in Our Basements’