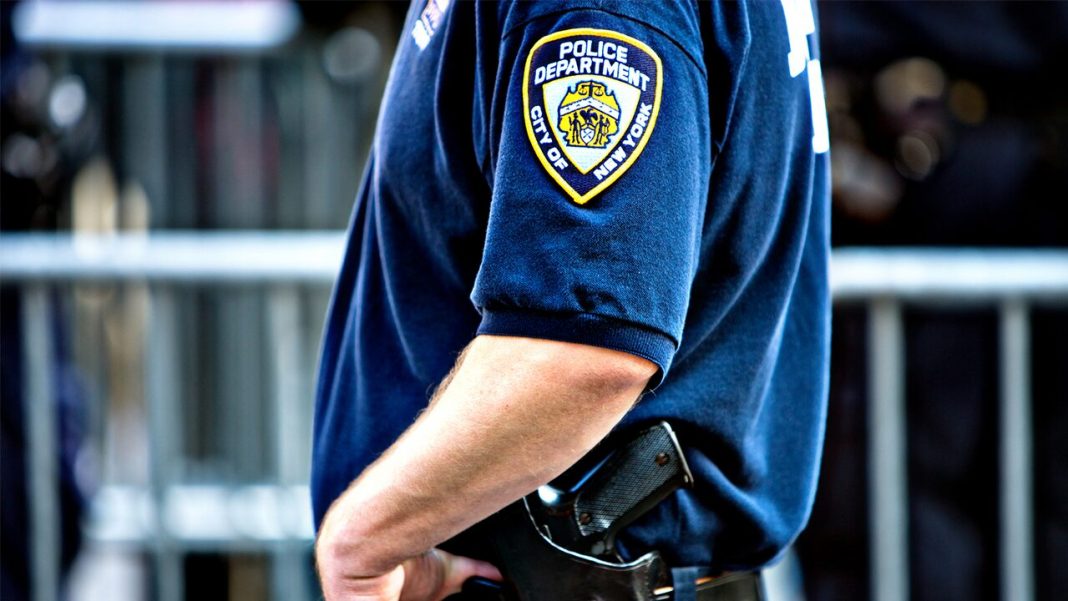 Videos from the scenes show police scuffling with protesters demonstrating against recent reports that Immigration and Customs Enforcement performed unneeded hysterectomies on immigrant women detained at an ICE facility in Georgia.

One protester in Times Square, Isabella Leyva, wrote on Twitter that officers began making arrests as protesters stepped off the sidewalk and into the street.

Video from the scene showed police arresting several demonstrators as they sat in the street.

“What the f–- is wrong with you!? They’re sitting down!” one protester could be heard yelling to the officers making the arrests.

An NYPD message blared from a public address system alerting protesters that they were “unlawfully in the roadway and obstructing vehicular traffic.”

Another clip from Leyva shows police tossing protesters’ bicycles aside while trying to restrain them.

The second group of protesters were arrested near Pearl and Madison streets, near One Police Plaza, police sources said.

In total, 41 males and 45 females were arrested over the course of the day.

All were charged with disorderly conduct and one was hit with a charge of resisting arrest, the sources said.