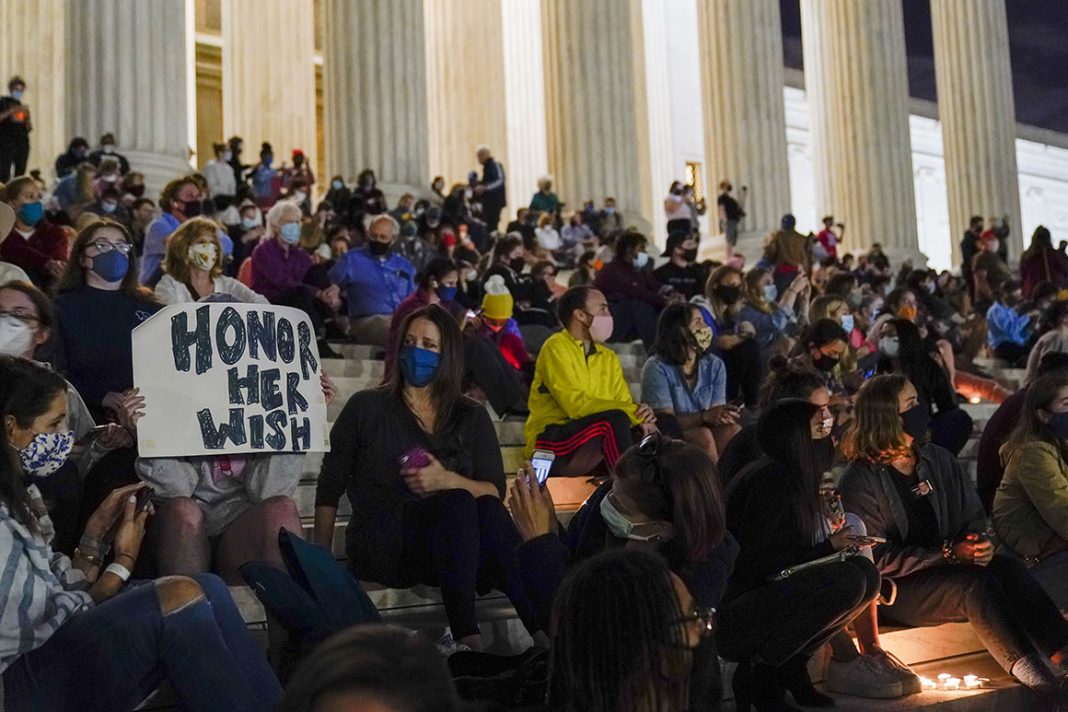 The sharp uptick in ActBlue donations illustrated Democrats’ grief and concern over Ginsburg’s passing, with Trump potentially on the verge of appointing a third Supreme Court justice in four years. The surge also demonstrated, again, the explosion in activism and political giving on the left that Trump’s election prompted. In September 2016, donors gave $58.7 million to candidates and causes through ActBlue in the entire month, according to ActBlue’s blog. But anti-Trump fervor in the years since then has seen online fundraising totals multiply for Democrats and left-leaning organizations.

Until fundraising reports are filed in October, it won’t be clear which groups or candidates were on the receiving end of this enormous influx of cash. But Democrats running for Senate this fall appear to be getting a large portion of the contributions. Crooked Media’s “Get Mitch or Die Trying Fund,” aimed at electing Senate Democrats, brought in more than $10 million from Friday night to Saturday afternoon.

Money continued to flow through ActBlue at a breakneck pace Saturday, averaging well over $1 million every 15 minutes for large portions of the day. WinRed, the online donation platform used by many Republicans including Trump, does not have a public-facing ticker on its website.

“There is this moment in time we are in where you want to quite literally fight for your beliefs, for the future, and it is no surprise that as we launch into final days before the election that we are seeing an explosion of contributions,” said Taryn Rosenkranz, a Democratic digital fundraising consultant. “Democrats are taking their rage and channeling how to use it for good and that’s their contribution. Their dollars working for change. We have the infrastructure there for this moment — people know this is their greatest impact they can make.”

The outpouring of cash began organically, as many candidates and organizations held back from sending fundraising solicitations in the hours after Ginsburg’s death. Biden’s campaign did not include a donate button in an email to his supporters Friday night.

But by Saturday morning, Biden running mate Kamala Harris signed a fundraising email with the subject line: “Today, we fight for her legacy.” The explicit appeals from campaigns will likely prolong the gush of money flowing through the Democratic Party in the coming days.

“Mitch McConnell wasted no time declaring he would bring Trump’s appointee to a vote on the Senate floor, where he holds a Republican majority,” the Harris fundraising appeal reads. “To Joe and me, it is clear: The voters should pick a President, and that President should select a successor to Justice Ginsburg.”