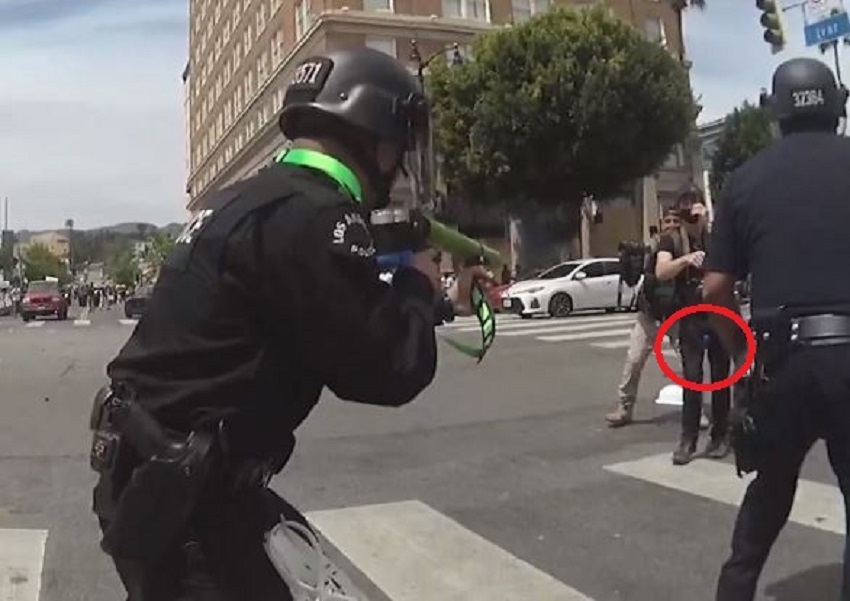 The Los Angeles Police Department has released body cam video showing an altercation between officers and protesters during a June event. That altercation required an officer to fire a foam projectile at a protester, hitting the individual in the groin.

According to CBS Los Angeles, the demonstration in Hollywood was held in the wake of the death of George Floyd.

In the video, officers are clearing the intersections and attempting to disperse the crowd.

At one point an officer grabs a sign reading “defund the police,” yanked on it, which caused a protesters to fall to the ground. Another officer saw an individual run up to his fellow officer and fired the non-lethal projectile to stop the protesters movement.

LAPD has said the release of the video is to ensure transparency.

The Department is now investigating the use of force, though there is no indication the officer has been suspended or pulled from the streets.