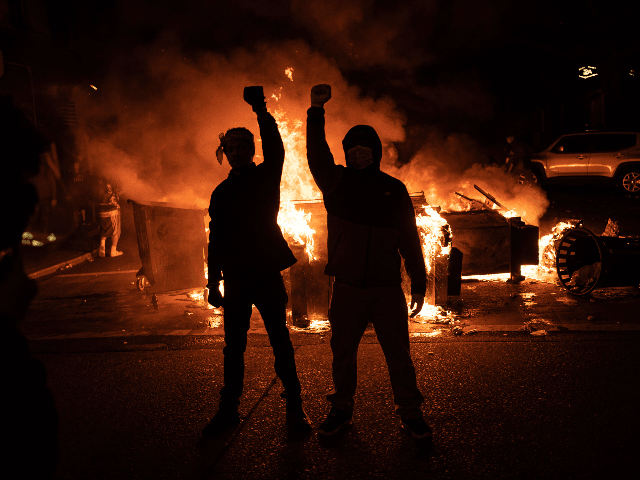 The FBI Preliminary Uniform Crime Report (UCR) for January-June 2020 shows violent crime and property crime were both down, as compared to the same time frame in 2019, but arson was up 19.2 percent.

The FBI overview of the UCR addresses violent crime offenses, showing “the number of rape offenses decreased 17.8 percent, and robbery offenses were down 7.1 percent.”

As for property crimes, “offenses declined 7.8 percent.” They noted that “larceny thefts were down 9.9 percent, and burglaries decreased 7.8 percent.”

However, arson, which the FBI counts separately from other property crimes, was up 19.2 percent.

Ironically, the greatest increase in arson was in the West, where there was a 24 percent increase in that region alone. This news comes after fire upon fire has been set by rioters in Portland, Seattle, and other western cities.

Whereas arson climbed, while many other property crimes declined, it should be noted that homicides also rose as many other violent crimes went down.

“The number of murder and nonnegligent manslaughter offenses increased 14.8 percent, and aggravated assault offenses were up 4.6 percent,” The FBI overview noted. This news comes as various Democrats, and Democrat-controlled cities, around the country have pushed to defund police and sought to limit the way police can subdue criminals.

On June 16, 2020, CNN reported that Connecticut, California, New York, Washington State, and various cities across the country, were working to prevent police from using chokeholds on suspects. And on June 30, 2020, the New York Times reported that $1 billion was cut from the NYPD budget.

Rep. Alexandria Ocasio-Cortez (D-NY) contended that the $1 billion did not go far enough. She said, “Defunding police means defunding police. It does not mean budget tricks or funny math.”