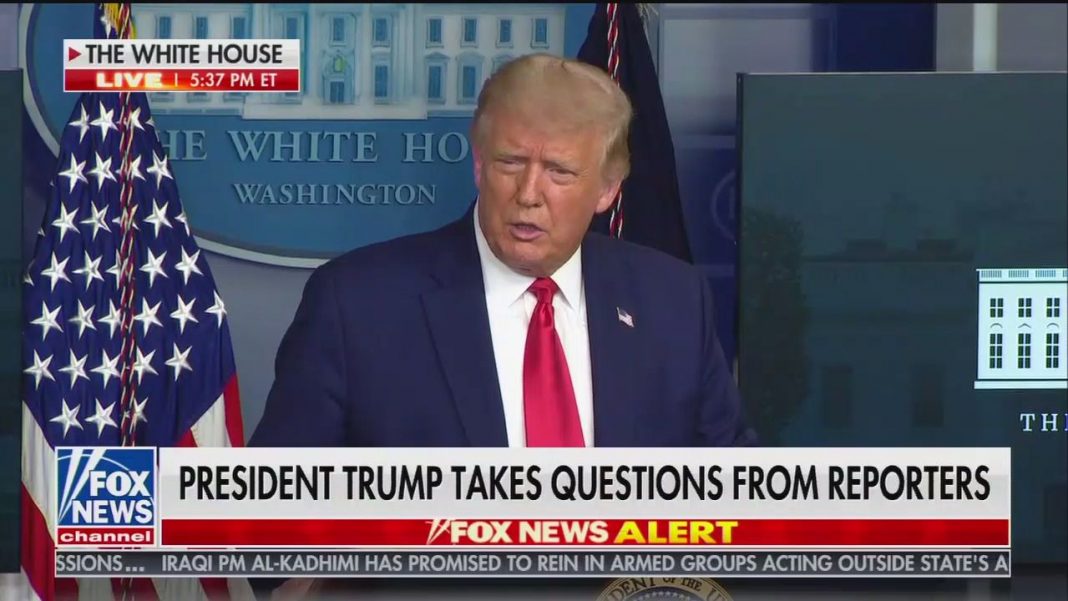 President Trump claimed at a press briefing on Wednesday that CDC director Robert Redfield was wrong when he testified to Congress that a coronavirus vaccine won’t be available for widespread distribution until the second or third quarter of 2021.

Why it matters: Trump has already faced criticism for allegations that his administration has politicized the coronavirus response and is seeking rapid approval and distribution of a vaccine in order to boost his re-election campaign.

The big picture: A vaccine has not been submitted for the FDA to review, and even that may not happen by Trump’s aggressive October estimate for distribution. Whenever a vaccine is approved, it will take several more months to manufacture enough of it to begin vaccinating the general public.

What he’s saying: “I think [Redfield] made a mistake when he said that. It’s just incorrect information. I called him, and he didn’t tell me that. I think he got the message maybe confused, maybe it was stated incorrectly,” Trump said.

The other side: “I 100% believe in the importance of vaccines and the importance in particular of a #COVID19 vaccine. A COVID-19 vaccine is the thing that will get Americans back to normal everyday life,” Redfield tweeted after the press conference.

Joe Biden also responded on Twitter: “When I said I trust vaccines, and I trust the scientists, but I don’t trust Donald Trump — this is what I meant.”