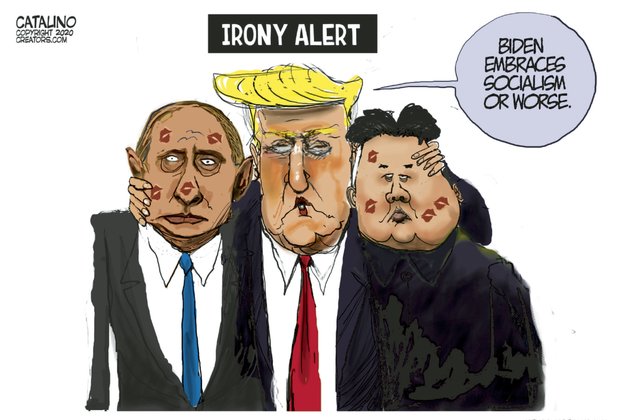 The secretary of defense on Wednesday dismissed Russia as unable to present persistent dangers to the U.S., marking a notable shift in the Pentagon’s view of the global threats for which it must prepare.

“China has a vast population, its resources, its vast dynamism of its economy,” Defense Secretary Mark Esper said at an event organized by the RAND Corporation in California, “very different from Russia in terms of demographics.”

“We see Russia as a challenge right now, but in the future, less so.”

Esper’s comments mirror the kind of American denigration for the former Soviet republic that has reportedly infuriated Russian President Vladimir Putin in the past, including in 2014 when then-President Barack Obama referred to Russia as a “regional power.”

Though Russia’s economic and military might cannot compete with the size and scope of the U.S or China, it has proven successful in some instances at undermining American interests around the globe. Moscow’s decision to prop up the Assad regime in Syria prolonged the civil war there and the terrorist threats that thrived within it. That strategy preceded the current dwindling U.S. presence in the northeastern reaches of the country with little influence on events there. Russia has also seen similar successes in influencing the ongoing fighting in Libya.

In his prepared remarks, Esper did not mention Russia’s nuclear forces, but made a passing reference to the need to improve America’s own nuclear weapons and defenses.

The secretary – who has reportedly fallen out of favor with President Donald Trump – did cite the instability Moscow has sowed in recent years through its military interventions into Georgia in 2008 and Ukraine in 2014 and its “blatant disregard for international rules and norms.”

“These revisionist powers are using predatory economics, political subversion, and military force in an attempt to shift the balance of power in their favor, and often at the expense of others,” Esper said, referencing Russia and China.

The secretary spoke at RAND during a broader trip to California this week to inspect the private industries that support U.S. defense, including helping to expand the Department of the Navy to meet what the Trump administration considers a growing threat from China.

Esper said among his chief goals is now “to focus the department on China,” building bureaucracy to better understand its military threats and how to counter them and bolstering alliances with countries in the region – principally India.

Pentagon officials including Esper have previously described the current Defense Department strategy as one focused on “near-peer adversaries” to include both China and Russia, in addition to peripheral threats from rogue states with greater nuclear ambitions such as Iran and North Korea as well as from terrorist groups.

On Wednesday, Esper said the Indo-Pacific region is now “our priority theater.”

“Not only is this region important because it is a hub of global trade and commerce, it is also the epicenter of great power competition with China,” Esper said.