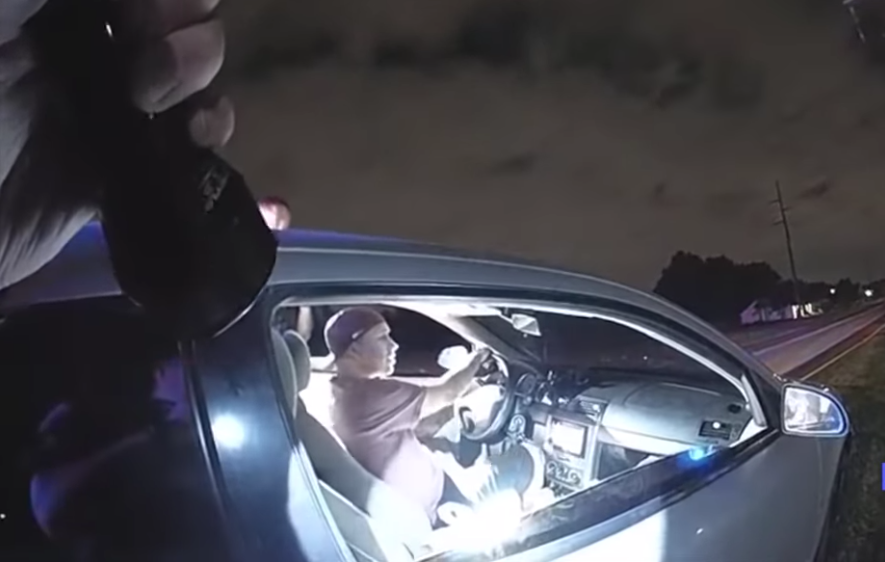 The Tulsa Police released grim body camera footage of a traffic stop gone wrong- one that led to the death of an officer and the wounding of another.

Despite releasing the video for the sake of transparency, Police Chief Wendell Franklin and Mayor G.T. Bynum urged the public to avoid watching the graphic video of the June 29 shooting.

Chief Franklin noted that the video -though graphic- was released due to misinformation being spread by an increasingly-large anti police movement, which was creating unnecessary public dissent.

“People are not police officers, and they don’t understand,” Franklin said, adding that he disagreed with the video release due to the traumatic event and the fact that the footage is “evidence that should be played out in court.”

The shooter, 33-year-old David Anthony Ware, may face the death penalty for killing Johnson and wounding Zarkeshan. He faces first-degree murder charges, among others.

According to Tulsa World, Ware’s co-defendant, Matthew Hall, is accused of being an accessory after the fact on an allegation that he helped Ware evade arrest after the shooting.

“Some have tried to paint a picture of deception, that this, what we have told you, is deceptive. In no way is it deceptive,” Franklin said.

The chief admitted that initial reports of Ware’s actions may not have been accurate, but that it ultimately didn’t matter due to the lawful actions of the officers and the fact that “two officers were gunned down.”

“You know, we’re supposed to be a civilized society. We’re supposed to be a society that is different, is modern,” he said. “Yet to me it seems as though criminals have more … rights than what you and I do. They have more rights than what our law enforcement officers do. You would never be allowed publicly to see the execution of a criminal, yet today you get to publicly see the execution of a police officer. What kind of society is that?”

Ware was initially stopped due to a traffic infringement in the early hours, leading officers to believe he may have been intoxicated. During the stop, it was determined that Ware had no insurance and expired tags, meaning that his vehicle needed to be towed.

For 17 minutes, officers attempted to get Ware to leave the vehicle, but the gunman refused. When forced to go hands on and use less-lethal measures, Ware simply became more agitated and shot both officers.