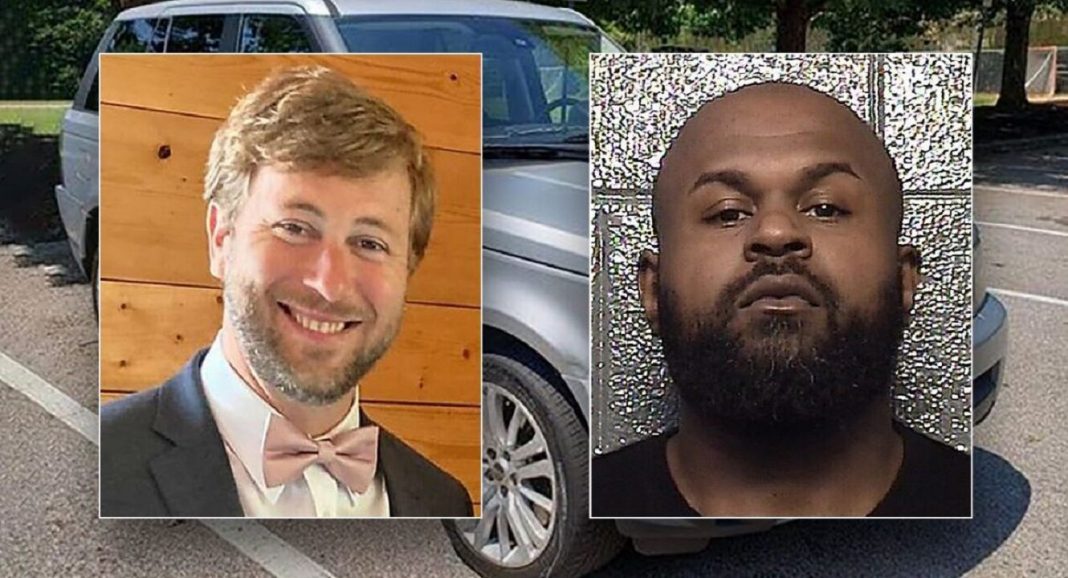 The disappearance of a North Carolina man whose vehicle was found in Virginia this week is being investigated as a homicide, according to media reports.

The Raleigh Police Department suspects foul play is involved in the disappearance of Andy Banks, 39, of Raleigh, who was last seen Saturday when he told friends he was going to show an SUV he was selling.

The 2011 silver Range Rover was found Monday in Danville, Va. Authorities arrested Justin Fernando Merritt, 34, on Tuesday, accusing him of stealing the vehicle.

He faces charges of robbery, car theft and possession of a firearm by a convicted felon. Banks posted a Craigslist ad to sell the car and told friends he was meeting a potential buyer over the weekend.

Banks has still not been found.

Merritt used a gun to threaten Banks and steal the SUV, according to court documents obtained by WTVD-TV. No charges have been filed against Merritt in connection to a homicide.

Merritt was extradited to North Carolina on Wednesday and is being held in lieu of $265,000 bond.

‘In 42 Days We Will Arrest the Killer’

Scarborough Rips the ‘Stupidity’ of Trump Supporters Being Anti-Mask — ‘It...

‘In 42 Days We Will Arrest the Killer’