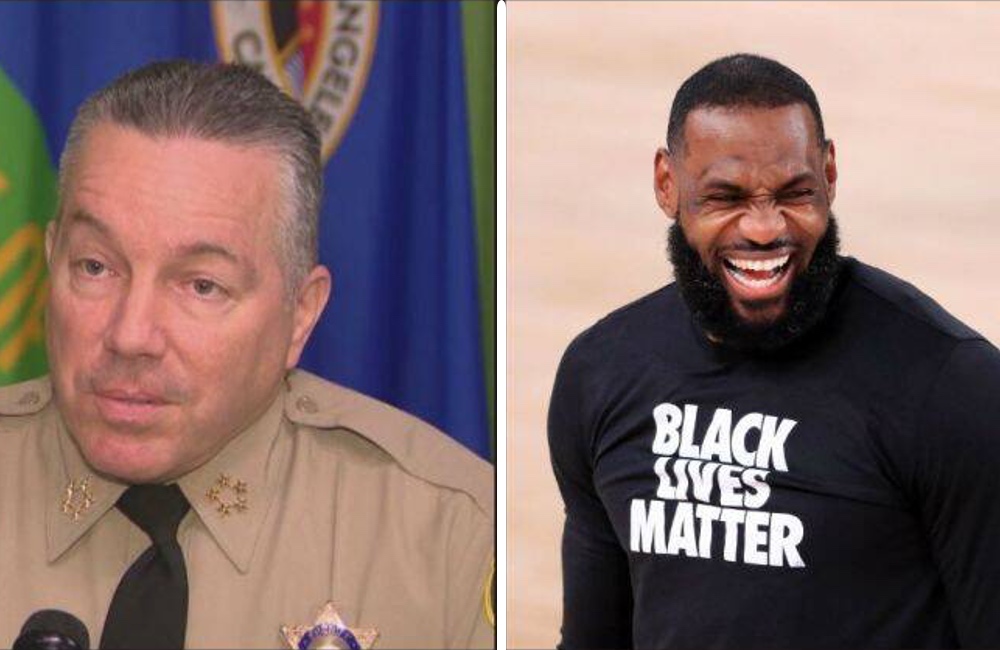 LOS ANGELES — A thick layer of blood covered her tan shirt, part of her Los Angeles County sheriff’s uniform. She was bleeding from her face.

Minutes before, she and her partner working transit security were sitting in their patrol car at the Compton Metro station when a gunman approached and opened fire. A bullet went through the 31-year-old deputy’s mouth, and she was hit in the arms. Her male partner, 24, was more badly wounded, shot in the head as well as the arm and shoulder, according to a surveillance camera video of the attack and interviews.

But the deputy, the mother of a 6-year-old boy, managed to get out of the cruiser and help her partner hide behind a concrete pillar for safety, not knowing if the gunman was still in the area.

She then applied a tourniquet to her partner’s arm, which was bleeding profusely.

The video shows her partner collapsing to the ground, but she remained standing, looking out for the man who shot them.

Moments after the shooting Saturday at sundown, the female deputy called for help, her mouth so wounded her words came out garbled.

“998 Compton Pax,” she said, using the code for a deputy-involved shooting. “Compton Pax, deputies down.”

A second voice, the male deputy, is heard on the radio call: “Been shot in the head.”

Both deputies underwent surgery Saturday night and Sunday morning. They are expected to recover but will probably require additional surgeries, sheriff’s officials said. Their names have not been released.

Fourteen months before, in July 2019, the two deputies walked across a stage at East Los Angeles College and were presented with certificates as part of academy class 437.

The class of 67 recruits reflected L.A. County’s rich tapestry of cultures. Four were born outside the U.S.: in India, South Korea, China and Mexico. A video of the graduation shows the female deputy smiling as she walks across the stage to her family’s cheers.

Within the department, colleagues praised the deputies’ tactics in response to the shooting.

Sheriff’s Lt. Brandon Dean, who is leading the shooting investigation, said it made sense for them to get out of the vehicle, where they were vulnerable, and move to a more secure location.

“They moved to a position of advantage,” he said. With a concrete wall behind them and pillars protecting them, they hunkered down.

As the partners huddled behind the concrete barrier, more officers arrived. Deciding not to wait for paramedics, they took the wounded deputies to St. Francis Medical Center in Lynwood. The female deputy’s husband rushed to the hospital, as did the male deputy’s girlfriend and parents.

The Sheriff’s Department initially said both were fighting for their lives, and rumors swept the department that one had died. But after the surgeries, it became clear they would recover.

Meanwhile, the search continues for the gunman. Officials have not identified a suspect or suggested a motive.

On Monday, Villanueva challenged Los Angeles Lakers star LeBron James to double a $175,000 reward for information leading to the arrest of the assailant. The reward grew by $25,000 as L.A.’s Metropolitan Transportation Authority contributed to the fund for the arrest of the shooter.

At the same time, there was growing scrutiny over sheriffs’ decision to arrest a reporter for KPCC and LAist who was covering protests outside the hospital. Video showed the reporter, Josie Huang, pinned by several deputies. Huang received a citation for allegedly obstructing a peace officer.

L.A. County Inspector Gen. Max Huntsman said Sunday he has opened an investigation into the arrest, as well as an incident Friday in which deputies forced people to leave a parking lot after a press conference by critics of the department.

“Those two incidents are of concern to us because 1st Amendment rights are absolutely critical to the public’s respect of law enforcement,” he said. “And so we feel that requires immediate investigation.”