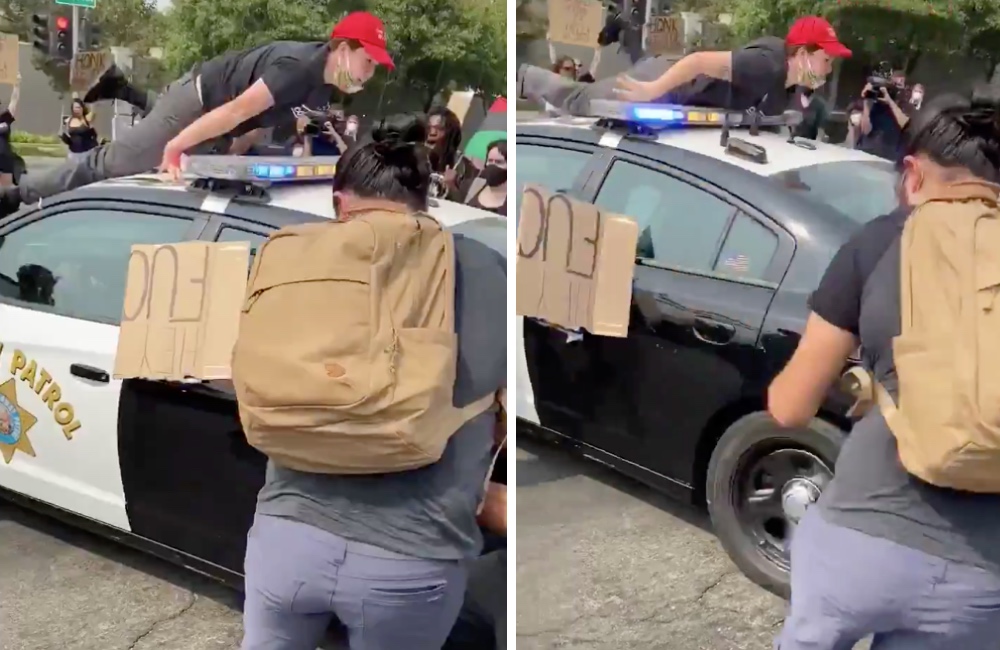 One person was taken to the hospital after protesters surrounded a California Highway Patrol officer’s vehicle Monday following President Trump’s visit to Sacramento, according to reporters on the scene of the incident.

A video taken by an NBC Bay Area reporter on the scene showed a man crawling on the windshield of a patrol car seconds before the patrol car accelerated into the crowd of protesters.

The man appears to roll over the roof of the car before being thrown violently to the pavement.

A spokeswoman for the Highway Patrol declined to comment, but said the agency was preparing a statement following the incident. The statement was not released yet on Monday night.

The demonstrators were assembled on Watt Avenue near Sacramento’s McClellan Airport, a staging area for state firefighting efforts. The president took part in a briefing about the state’s wildfires with Gov. Gavin Newsom for about an hour.

The confrontation occurred around 1 p.m., shortly after the president’s departure, according to a report by the Sacramento Bee.