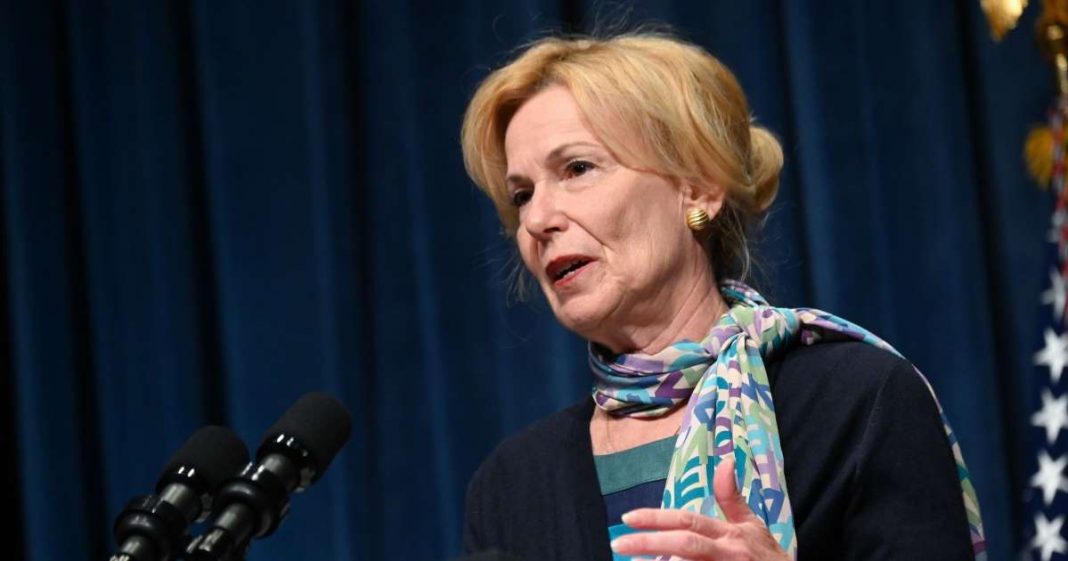 (Bloomberg) — The Trump administration denied a report that Deborah Birx, the coordinator of the White House’s coronavirus task force, had been replaced after criticism both from the president and House Speaker Nancy Pelosi.


CNN reported in a tweet that Scott Atlas, previously a neuroradiologist at Stanford University, would now be advising President Donald Trump on the virus outbreak. CNN cited a person close to the coronavirus task force who wasn’t identified.

“This is not true,” the White House said in a statement Friday evening. “Yes Dr. Birx has been traveling but any suggestion that Dr. Atlas has somehow replaced her in the Oval or is blocking her from the Oval is absolutely not true.”

Trump criticized Birx earlier this month after the task force coordinator cautioned Americans to take the virus seriously, saying it’s “extraordinarily widespread” across rural and urban areas. She told the cable network that “we are in a new phase” as Americans are on the move during the summer vacation season, and that people need to recognize the risks.

His comments came after Pelosi said she didn’t trust information from Birx, adding that Trump has been spreading disinformation about the virus.

The CNN tweet referred to Atlas as “a proponent of many controversial strategies, including herd immunity.” Atlas, who’s the Robert Wesson Senior Fellow at Stanford’s Hoover Institution, laid out his case on getting children back to school in a recent interview. He received his medical degree from the University of Chicago.

U.S. cases increased by 1% on the day, matching the average daily increase over the past week. Illinois had the most daily cases since May and Florida recorded more than 200 deaths for the third time in four days. California became the first state to top 600,000 confirmed infections.