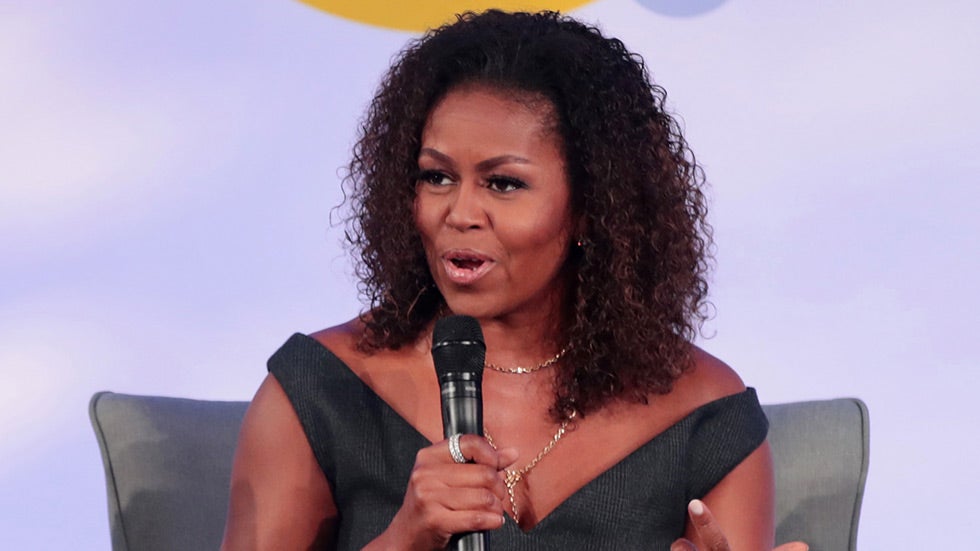 One of the most highly anticipated moments of the Democratic National Convention will come Monday, when Michelle ObamaMichelle LeVaughn Robinson ObamaTrump to counter DNC with travel to swing states Biden strikes out with Harris, the least-worst of his choices Biden, Harris to address Democratic convention from Chase Center in Delaware MORE will deliver an address that is expected to shine a harsh light on President Trump

The former first lady and one of the nation’s most popular political figures, Obama has grown increasingly frustrated with the country’s direction.

“I think she’ll come hard at Trump, in the most artful way,” said one ally to the former first lady. “I think it will be one of the most defining and memorable speeches of this entire cycle.”

“She has the most powerful voice to get out the vote,” the ally said.

Joe BidenOn The Money: Economists flabbergasted after Congress leaves with no deal | Markets rise as the economy struggles | Retail sales slow in July Congress exits with no deal, leaving economists flabbergasted Trump touts NYC police union endorsement: ‘Pro-cop all the way’ MORE is counting on Obama to jump-start a convention held under the shadow of the coronavirus pandemic.

There will be no roaring crowds or parties, but the Biden team is hoping that speakers such as the former first lady can excite voters as if they were speaking at a more traditional convention.

The former first lady will speak in a pretaped address the same night as Sen. Bernie Sanders

Joel Payne, a Democratic strategist who served as the director of African American paid media and advertising on Hillary Clinton

“By the virtue of being an ex-president, there are certain things he’s allowed to say. … His will be a little more careful,” Payne said. “So in many ways she’s going to be speaking for her and her husband. She’ll hit closer to the bone for millions of Americans who feel alienated by President Trump and his administration.”

“She can give a real cutting critique, and it won’t feel political,” he said.

The former first lady’s 2016 address was the most memorable of that cycle and many others.

She never mentioned Trump by name but urged Democrats to take a different approach than the Republican.

“Our motto is ‘When they go low, we go high,’” she said in the speech’s most memorable line.

While the speech was memorable, it did not have the desired effect; Clinton, the Democratic nominee, was defeated by Trump in an upset.

Since them, some have even wondered if it might have been better for Democrats to be more forceful against Trump, regardless of whether it would be seen as punching low.

Michelle Obama over the last four years has watched as Trump has sought to erase her husband’s accomplishments, from the Affordable Care Act to executive orders protecting immigrants to the Iran nuclear deal.

At the same time, she has become an even greater cultural force.

In 2018, she published “Becoming,” a bestselling memoir about growing up in Chicago and her years in the White House.

In the book, she slammed Trump, saying the birther campaign he championed that falsely claimed Barack Obama was not a U.S. citizen was “deliberately meant to stir up the wingnuts and kooks.”

The former first lady also wrote that she “buzzed with fury” when she saw the “Access Hollywood” tape that surfaced in the middle of the 2016 race in which Trump boasted about grabbing women by the genitals.

Now that Trump is president, Democrats expect the former first lady to dial it up a notch, seeking to avoid a repeat of 2016.

“Last time, we didn’t know what exactly Trump could do. We could only imagine how bad it is,” said one Democrat close to the Biden campaign. “Now it’s real. We’ve seen the damage he’s done. We’ve lived it.”

Both privately and publicly, Obama has bemoaned the Trump era but has largely remained out of the political spotlight. At the same time, she has focused her energy on voter registration efforts.

“She’s grown increasingly frustrated with the current climate because she’s seen firsthand how a president can shape the overall mood of the country,” the ally said.

Earlier this month, Obama acknowledged suffering from a “low-grade depression” because of the pandemic and the country’s race relations and the overall political tenor.

“I’m waking up in the middle of the night because I’m worrying about something or there’s a heaviness,” Obama said on her new podcast. “I try to make sure I get a workout in, although there have been periods throughout this quarantine where I just have felt too low.”

A few days later, she circled back to the topic on her Instagram account, which has 41.1 million followers.

She acknowledged how recent events have contributed to her malaise.

“The idea that what this country is going through shouldn’t have any effect on us — that we all should just feel OK all the time — that just doesn’t feel real to me,” she added. “So I hope you all are allowing yourselves to feel whatever it is you’re feeling.”

David Litt, a former speechwriter to President Obama and author of the new tome “Democracy in One Book or Less,” said the former first lady is “able to talk about issues in a way that transcends politics.”

“She’s one of the most compelling speakers because she’s around this world, she’s in this world, but she’s not of it,” Litt said. “I think she has this pretty unique ability to connect with people who might otherwise be skeptical of political rhetoric.”