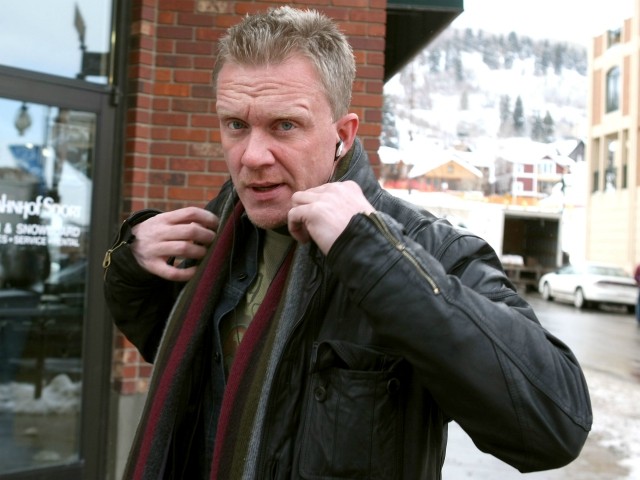 Actor Anthony Michael Hall apologized for berating and coursing at guests at a hotel pool. A video shows the actor telling other hotel guests and staff to “kiss my ass.”

The Weird Science star and Dark Knight actor was with his wife and his assistant at the South Congress Hotel pool in Austin, Texas, where witnesses say he was behaving in a rude and obnoxious manner — blasting music, berating guests, and cursing in front of kids, according to a report by TMZ.

The outlet added that after being told to tone it down, Hall started berating a group of people at the pool. While wading in the pool, the actor proclaimed that he did not “give a shit” about what any of them thought of him. In the video, Hall can be heard telling hotel guests to “kiss my fucking ass,” before referring to one of them as “Rosie O’Donnell.”

In response to one pool guest stating, “you’re crazy,” Hall said, “yeah, I’m crazy. Kiss my ass, film me,” before holding up two middle fingers for the camera.

Later in the video, Hall can be seen splashing water on an individual who appears to be hotel staff asking him to leave.

The actor later issued an apology for his behavior. “As a result of a misunderstanding and miscommunication between myself and some hotel guests, the situation needlessly and regrettably escalated,” said Hall. “I am deeply sorry for my words and actions and ask for forgiveness from anyone who I may have offended.”

In 2016, the actor was charged with felony battery with serious bodily injury after an incident in which he allegedly shoved another man to the ground and broke his wrist outside his California home.

Area 51 Has A Huge New Hangar Facility That Points To...