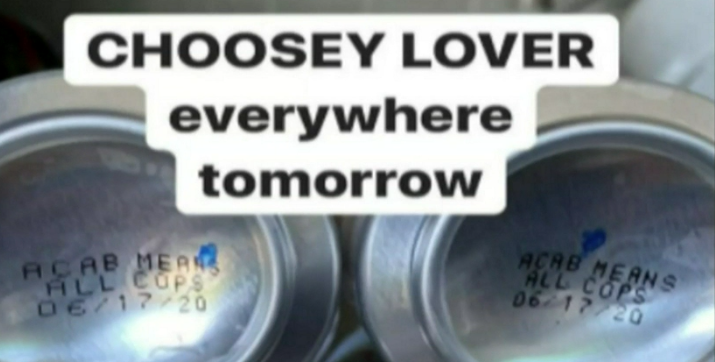 A Seattle-based beer is under fire after they put out an anti-police message on the cans of one of their craft beers.

Dylan Ziegler, who manages Chuck’s Hop Shop, noted that the “Choosey Lover” bear had a stamp on the can that read “ACAB means all cops.”

ACAB, of course, stands for “all cops are bastards.”

Ziegler seemingly brushed the matter off, referring comments to the beer’s origin, the Mirage brewery.

“It was a thing. People talked about it,” Ziegler told KIRO7.

“I used the markings because I stand against institutional racism, of which modern policing is a militarized arm,” he wrote in a message. “If it means someone won’t buy my beer anymore, good. The beer was not created for them. I make my beer for folks who are actively anti-racist, anti-Trump, anti-fascist and pro-equality.”

As for Ziegler, he won’t stop selling the beer.

“I don’t think it hurt his sales at all,” Ziegler said. “I believe that his message is right, and I’m proud of him for taking a stand, honestly.”