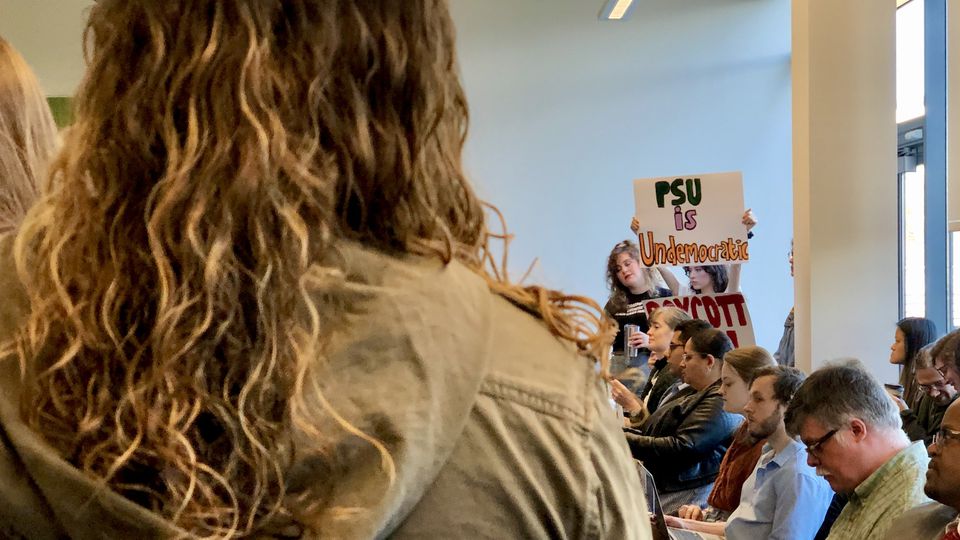 The move comes as Portland nears 80 days of continuous protests against police violence and systemic racism.

Students at Portland State have lobbied to get guns removed from campus security.

In 2018, Navy veteran Jason Washington was killed by a campus security guard during a melee outside of the Cheerful Tortoise. The killing of Washington, who was Black, renewed calls to take guns away from campus safety.

In a statement put out Thursday, Portland State called the move “an important first step of a new process to Reimagine Campus Safety.”

In October, Portland State nearly doubled the number of unarmed officers and increased training in non-lethal techniques, but declined to disarm the force.

“Over the past few weeks we have listened to many voices across our campus,” PSU President Stephen Percy wrote in an email to the Portland State community about the change.

“The calls for change that we are hearing at PSU are ringing out across our nation. We must find a new way to protect the safety of our community, one that eliminates systemic racism and promotes the dignity of all who come to our urban campus.”

The university’s new campus safety Chief Willie Halliburton told The Oregonian/OregonLive he believes disarming the officers “needed to be done.”

“We can do an effective job without weapons,” he said Thursday. “I know they’re talented to do their jobs without the use of a weapon.”

The change will take place on Nov. 1.

The university made the announcement at 11 a.m. and will hold a virtual press conference at 2 p.m.

Currently, there are five sworn officers but eight are authorized.

In the five years that police have been armed on campus, there have been less than a handful of times that officers took their guns out, Halliburton said.

The campus officers will remain certified as police officers as long as they keep their training up to date, but they will no longer respond to any calls on campus that involve weapons. Under an agreement, Portland police will respond to those calls instead.

Halliburton said it was his decision and hopes “it will bring healing to this campus.”