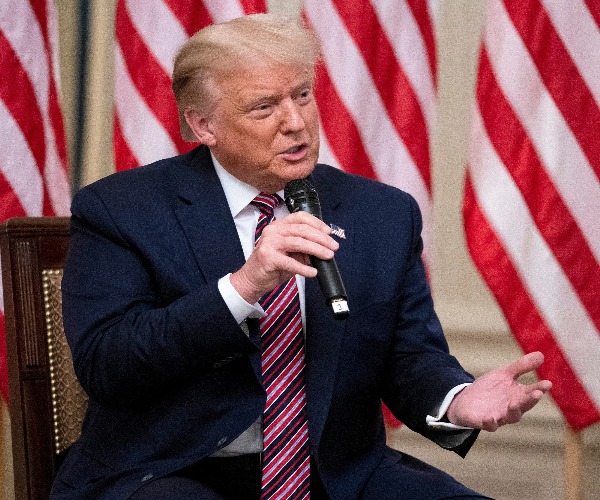 Trump and Republican National Convention planners are not barred by law from holding the president’s nationally televised nomination acceptance speech from the White House lawn or the executive residence, according to a government advisory opinion sent to a House committee on Wednesday.

“The president and vice president are are not covered by any of the provisions of the Hatch Act,” says the opinion from Erica Hamrick, the deputy chief of the Hatch Act Unit at the Office of Special Counsel. “Accordingly, the Hatch Act does not prohibit President Trump from delivering his RNC acceptance speech on White House grounds.”

The Hatch Act bars U.S. government employees from conducting any political activities during working hours, while in a government building or while wearing a government uniform.

Modern presidents traditionally deliver their acceptance speeches at the party’s conventions, but the coronavirus pandemic forced both Republicans and Democrats to largely cancel in-person events. Trump had said he wanted to make the late August speech either from the White House or Gettysburg, Pennsylvania, the setting of a pivotal Civil War battle.

The opinion was addressed to House Oversight and Reform Chair Carolyn Maloney of New York.

“But, if the employees take leave, and the event is held on the White House lawn or in the residence, the Hatch Act would not prohibit the employees from attending the event,” the opinion states.

Maloney said in a statement that “as this guidance from the Office of Special Counsel makes clear, President Trump’s idea to host this campaign event at the White House raises serious legal concerns for White House employees.” — Billy House