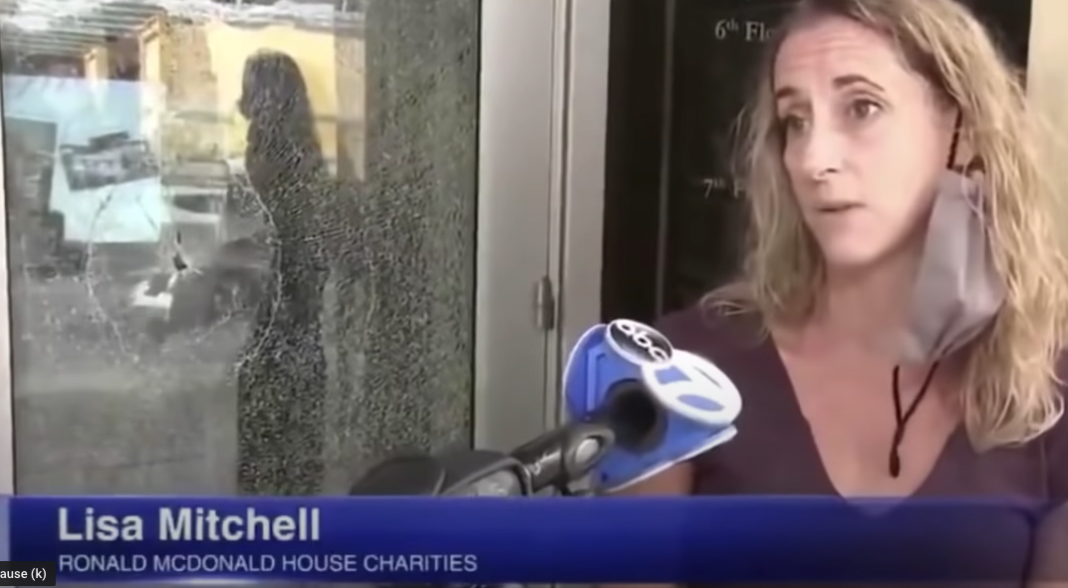 The Windy City is recovering from looting season, which resulted in over one hundred individuals being arrested and a Ronald McDonald House -full of ailing children and their families- being assaulted.

Thirty families were trapped inside of the Ronald McDonald charity facility, forced to watch the riots unfold outside them as windows were smashed in.

“[We were] very concerned there was a lot of activity right in front of the house, people making choices that could put them at risk and put our families at risk so the staff was frightened,” said Lisa Mitchell, of Ronald McDonald House Charities.

The families were terrified by the incident.

“They are already in a really, really difficult spot, and having this kind of additional stress and worry about getting to and from the hospital even-though we are 5 blocks away because of safety concerns is just doubling the strain,” Mitchell said.

No injuries were reported, and no damages took place inside the house.

According to ABC 11, many locals were dismayed at the behavior of the rioters, particularly those who considered looting a form of “reparations.”

“Waking up, it’s sad… It’s such a beautiful city. It’s just being destroyed in front of our eyes,” said Maddy Quinn, Chicago resident.