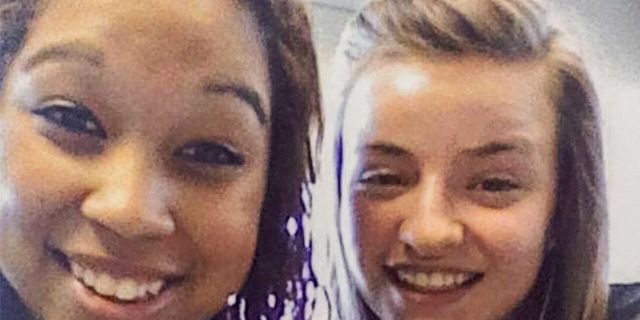 A Pennsylvania man is facing murder charges in the deaths of two women with whom he had fathered children.

Kaylee Lyons, left, and Sydney Parmelee were highschool classmates and both had children with Davone Unique Anderson.
(Carlisle Police Department)

The women, both 23, died of gunshot wounds to the head, PennLive reported, citing a criminal complaint.

They had been high school classmates, graduating in 2014 from Carlisle High, and had been romantically linked to Anderson.

Parmelee, a nursing student at Harrisburg Area Community College, gave birth to a baby boy by Anderson in March. She and Anderson also had a daughter, according to her obituary.

Lyons was six weeks pregnant by Anderson, and they also had a toddler son.

Families of both women have set up GoFundMe accounts to support the women’s children.

Police say Davone Anderson confessed to killing the two women with whom he had fathered children.
(Carlisle Police Department)

It was immediately clear if he has an attorney who could comment on his behalf. He is expected to appear in court later this month.