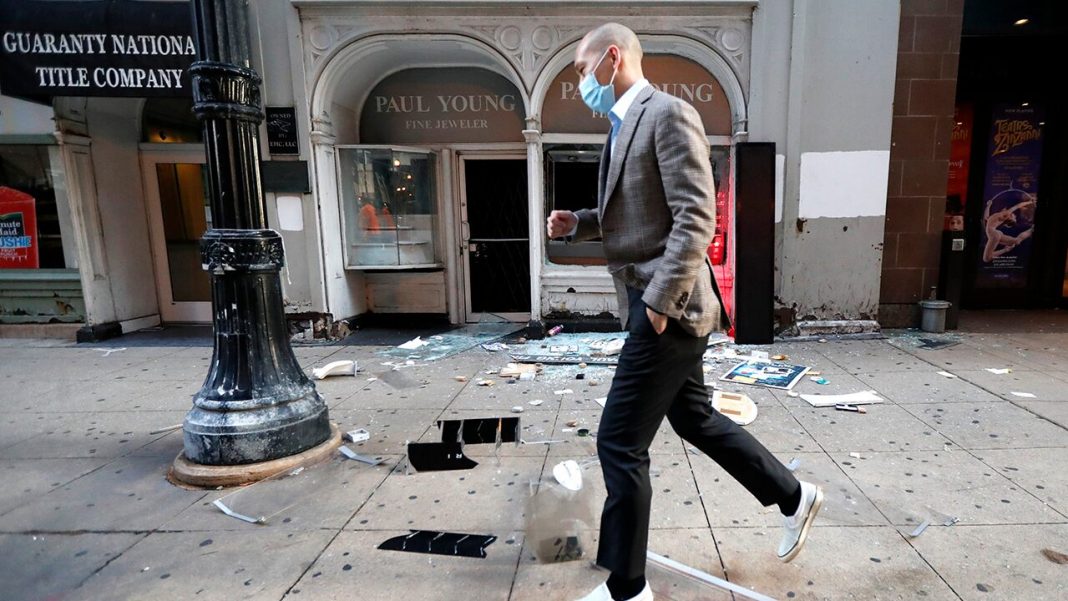 Chicago police want Windy City residents to rat out the looters who trashed their city.

The department on Wednesday launched a “Looting & Civil Unrest Videos” website with surveillance camera footage from Sunday’s mayhem in the city — and the cops are asking the community to snitch on the offenders.

“This was an attack on our city,” Chicago Chief of Detectives Brendan Deenihan said at a briefing Wednesday. “We really need everyone’s help to identify these offenders so we can arrest and charge them. Camera footage is only valuable when our officers and detectives can identify the individuals caught on camera committing the crime. We need everyone’s help to do this.”

The site went live with a handful of videos but includes a link for business owners and residents to submit additional footage or tip off cops, which Deenihan said is expected to add a substantial amount of video to the site.

One shows about two dozen people breaking into a Nordstrom Rack store as cops show up and try to hold off the tide of looters. Another shows a man wearing a mask casually picking out merchandise inside a Sunglass Hut as if he were shopping.

“Look at these videos,” Deenihan said. “Someone surely knows the offenders that are causing the destruction. So, please help us bring these criminals to justice. We need help to get them off the street and before a judge. These are obviously dangerous people.”

The website comes after 100 people were arrested and 13 cops were injured in violent clashes between police and looters Sunday into Monday.

Incensed city officials responded by enacting security measures that restricted access to the heart of the city overnight and blanketed the area inside the Chicago Loop with cops who have been ordered to work 12-hour shifts.

In one defense of the looters, a Black Lives Matter organizer on Monday encouraged the pillaging, calling it “reparation.”

26 charged in drug ring out of Milwaukee as part of...