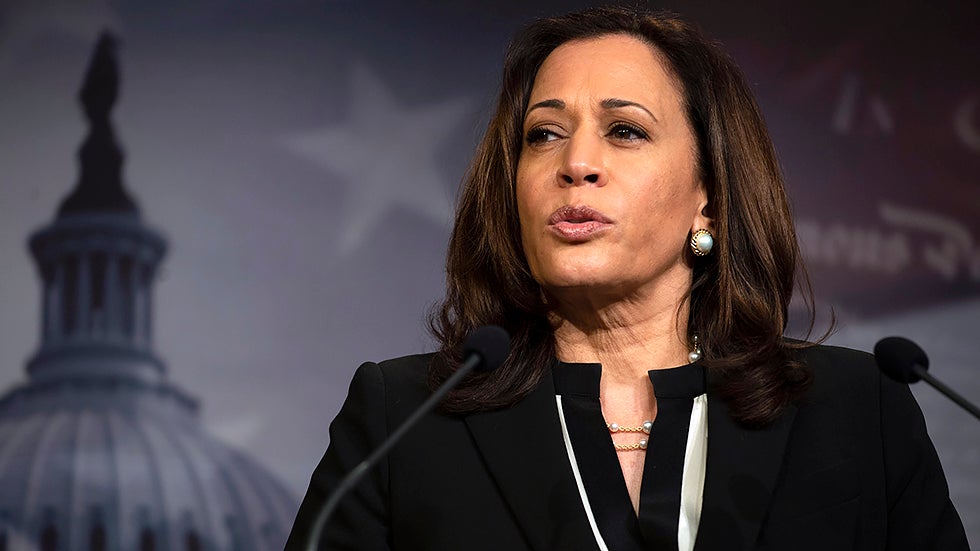 According to the California secretary of state’s website, the Trumps donated a total of $8,000 to Harris’s campaigns from 2011-2014. Trump, a former real estate tycoon and television personality, announced his candidacy for president in 2015, and had not held public office before that.

The campaign contributions were reported last year while Harris was still a contender in the Democratic primary by the Washington Examiner and Fox News. According to an affidavit obtained by those outlets, the Trumps made a $5,000 donation to Harris at the request of then-New York Attorney General Eric Schneiderman (D).

A Harris spokesperson told The Sacramento Bee in 2019 that she donated the contributions to a nonprofit organization that advocates for civil and human rights for Central Americans.

Reporting about the donations resurfaced Tuesday after Biden named Harris as his running mate.

During an interview with PBS Newshour’s Yamiche Alcindor Tuesday, Trump senior adviser Katrina Pierson said that the president “donated to candidates across all aisles.”

“I will note that Kamala Harris is a Black woman [and] he donated to her campaign, so I hope we can squash this racism argument now,” she added.

Q: Why did Trump donate to Sen Harris’s campaigns?
Katrina Pierson: “The president, as a private businessman, donated to candidates across all aisles & I will note that Kamala Harris is a black woman & he donated to her campaign so I hope we can squash this racism argument now.”

And Tom Winter, an investigative journalist for NBC News, also highlighted the donation found on the website for the California secretary of state.

NBC News: According to California state records, President Trump — while a private citizen — twice donated to Kamala Harris while she was a candidate for state AG.

Harris will be the first woman of color on a major party’s presidential ticket after she is nominated during the Democratic National Convention next week. The president’s reelection campaign has come out with arms swinging since Biden named Harris his running mate.

In an ad sent out on Twitter quickly after the Democratic ticket was announced, the Trump campaign dubbed them “Slow Joe and Phony Kamala,” framing her as a far-left candidate. Trump tweeted Wednesday morning that Harris is “the kind of opponent everyone dreams of.”

The Hill has reached out to the Biden and Trump campaigns for comment.

Cruz blocks RBG resolution, objecting to mention of her dying wish to keep seat open for next president