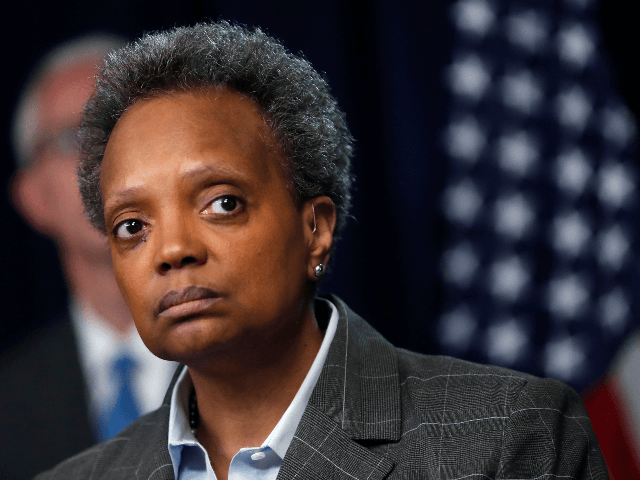 Chicago Mayor Lori Lightfoot continues to be a critic of President Donald Trump, this time for remarks he made pledging policing support for the beleaguered Windy City.

According to Lightfoot, the need was not for federal or any other outside help but “commonsense gun reform.”

“Those are the words of somebody who doesn’t understand the first thing about local policing, the — doesn’t understand the first thing about building authentic relationships with members of the community,” Lightfoot said. “Case in point is, look at the disastrous efforts of the federal government under this administration in Portland, it didn’t help, it hurt. It exacerbated problems. I’m not letting that happen in my city.”

“Yes, of course, we have our challenges, but the thing that the federal government is uniquely qualified to do is things like pass commonsense gun reform,” she continued. “Make sure that everybody has background checks, stop the availability of assault weapons. People that are on a no-fly list shouldn’t be able to get weapons. The list goes on and on. The things that could really help cities to stop putting guns in the hands of criminals, this president has shown an absolute abject unwillingness to even discuss, let alone move on.”

The Chicago mayor said Trump’s response to Chicago’s situation illustrated the need for a Biden presidency.

“So, I need a leader in Washington, D.C., who is willing to take on the gun lobby and do what’s right for our children in our cities,” she added. “That is not President Trump. We need Joe Biden.”