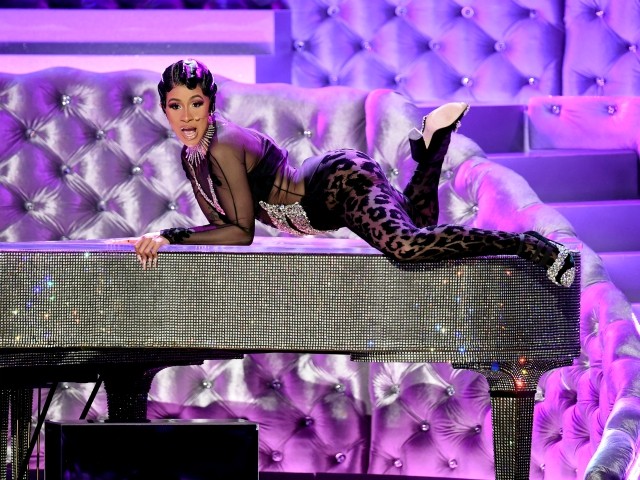 Rapper Cardi B, who called supporters of President Trump “fucking racist rednecks,” is, according to Elle magazine, “committed to doing anything to get Joe Biden elected.”

In a cover issue interview with Elle magazine, the former stripper turned vulgar, left-wing rapper argued that Trump’s supporters will be left disappointed by his policies because he will not get them better housing. “Those people that he caters [to], he’s not going to do anything for them,” Cardi B said. “It’s not like Republicans are getting better housing. It’s not like Republicans are getting better benefits. They’re not. He’s not doing anything for anybody.”

“While she may be disappointed that Sanders has dropped out of the race, she assures me she is committed to doing anything to get Joe Biden elected,” Elle reported. The magazine didn’t detail how the Hustlers star is committing herself to get Joe Biden elected in November. But last year, the 27-year-old “Bodak Yellow” singer said in a radio show that she is supporting Biden, having previously gone all in for socialist Bernie Sanders’s unsuccessful campaign for the nomination.

They looting in Minnesota and as much as I don’t like this type of violence it is what it is .Too much peaceful marches,too much trending hashtags and NO SOLUTIONS! The people are left with NO CHOICE . pic.twitter.com/IToSr08yBG

So, there you have it. Joe Biden can count among his many celebrity activists, Cardi B, who has told New York police “fuck you,” said Minnesota rioters had “no choice but to loot and steal after George Floyd’s death, and has revealed herself as a gun control advocate.

‘The Bail Project Is Funding the Riots That Are Destroying Our...