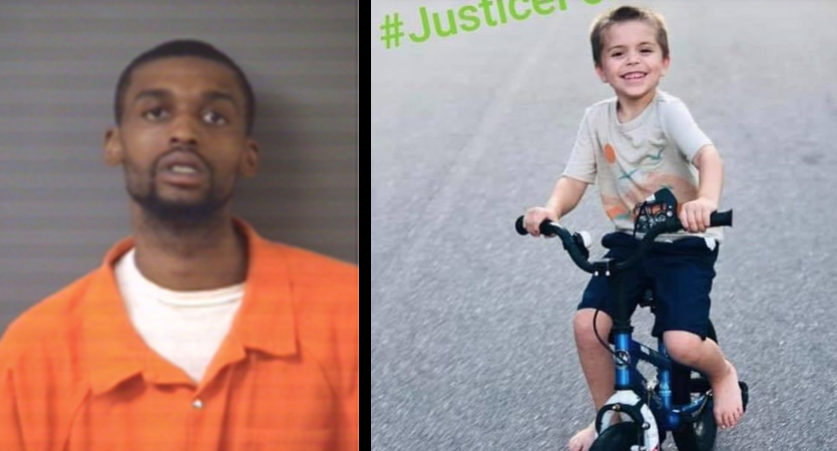 A 5-year-old was shot and killed, and the suspected shooter has been arrested, North Carolina officials say.

Police had responded to a residential area on Sunday night and found a child who had been shot. The boy was rushed to Wilson Medical Center and died, officials say.

Darius Sessoms, 25, faces a charge of first-degree murder in connection with the case, the Wilson Police Department said in a news release.

Authorities had been looking for Sessoms, who was seen driving a black Toyota Corolla with license plate number TCH-2773. Officials shared a photo of the car, which is shown with a missing front bumper.

Police said just after 4:30 p.m. he was in the custody of officers with Wilson Police Department and members of the U.S. Marshals’ Carolinas Regional Fugitive Task Force, ABC11, The News & Observer’s media partner reports.

“The Wilson Police Department sends its sincerest condolences and prayers to the family of Cannon during this tragic time,” officials said in their news release.

Wilson is a city roughly 50 miles east of Raleigh.